Student Debt reaches $2 Trillion; Are We Heading Toward a Market Correction? 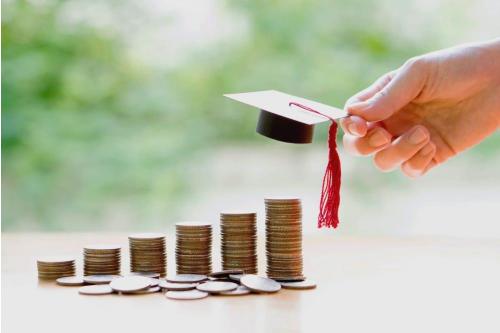 Student Debt reaches $2 Trillion; Are We Heading Toward a Market Correction?

Many economists warn that the next financial crisis may be sooner than we think, and with many Americans in debt at record numbers, the economic downfall may hit even harder than 2008. As gold still hovers around $1,200 per ounce, it may be the time to lock in your gains in the stock market before the “floor falls out.” The amount of student debt in the United States at this moment is a major contributing factor toward fears of economic turmoil. There is an estimated $2 trillion in student loan debt currently and some analysts are equating this with the subprime loan crisis of 2008. In comparison, the student loan debt was only $611 billion ten years ago.

The main difference between 2008 and the student debt crisis is the lack of collateral on students’ ends. In 2008, homeowners who defaulted or went delinquent on their loans had their homes as collateral. Instead of “betting the house” students only have their diplomas and not much else as collateral for their student loans if they were to default on those loans. And though some of the debts incurred are quite large in the first place, most debtors face ballooning interest rates and penalties for defaulting outside of the Education expert Erin Velez published a study analyzing the student loan data made available in the past year by the Trump Department of Education. One common belief is that most students pay back their loans within ten years (ten years is the standard repayment period for federal student loans). Until now, higher education analysts were forced to try to analyze student loan repayment in the absence of the long-term data they needed.

Now that the Department of Education has made this data available, it appears that, in fact, the average student loan borrower takes longer than ten years to repay his/her loans. Velez’s research finds that “even among those who borrowed only for their undergraduate education …only half of students had paid off all their federal student loans 20 years after beginning college in 1995–96.” Instead, average borrowers in “this group still owed approximately $10,000 in principle and interest, about half of what was originally borrowed, 20 years after beginning college” (emphasis in original). Velez also analyzed the myth which states that student loan debtors will go into default merely 3 years after their graduation date because of the hardships most graduates face once entering the job market.   Velez found that “among 1995–96 beginning students . . . more than half of students who defaulted within 20 years of beginning college were in repayment for more than three years before they defaulted. The average time between students entering repayment and their first default was 4.9 years” (emphasis in original). She goes on to mention that out of the students who graduated in 1995-96, one-quarter of them defaulted on their fed loans within 20 years, whereas students who began college in 2003-04, one quarter defaulted in just 12 years. Velez estimates that in 20 years those student loan default rates should be much higher.

One main reason for the revelation of this information is that the Obama Department of Education released a memorandum confessing that it had “overstated student loan repayment rates at most colleges and trade schools.” The “updated numbers” provided by the Department were analyzed by the Wall Street Journal’s staff, who found that the new data “revealed that the Department previously had inflated the repayment rates for 99.8% of all colleges and trade schools in the country” Economic theorists say insurmountable debt is the straw that will break the camels back as we face this new financial crisis. The major tipping point will come when a wave of defaults by overwhelmed borrowers, potentially squeezed by rising interest rates, are unable to pay the debts they owe and thus leading to a decrease in spending and incomes. Peter Schiff, economic commentator, forecasts major economic downturn as early as the tail end of the first Trump term, saying, “we are going to have a dollar crisis- you think the Turkish lira looks bad now, wait till you see when the dollar is imploding and we have a sovereign debt crisis in the US… The US government is going to be given a chance between defaulting on debt, or massive runaway inflation.”

Student debt is not the only ticking time bomb that could set off the next American financial crisis. The country’s auto, home, and overall national debt are all major factors that could set the economy into a tailspin potentially within the next year or so. Despite record unemployment percentages and consumer optimism, many economists are still wary that the next financial crisis won’t even be classified as a “recession” but a definite “depression.” The debt crisis is definitely something to keep an eye on when considering diversifying. At the moment, gold and other precious metals are hovering at stable values. When facing a potential crisis, it is never too early to safeguard your wealth while making a profit when the dollar begins to slip.