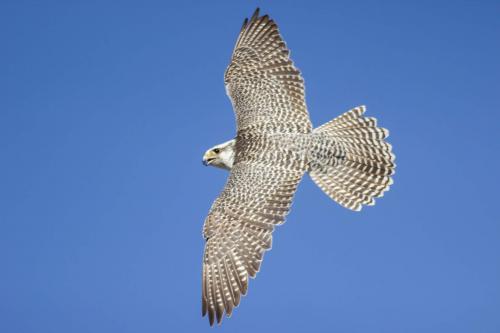 Why did the Royal Canadian Mint produce this hefty 1.5 oz pure silver coin you ask? The Canadian Mint is known for creating many unique coins and the Snow Falcon is 1 of 5 designs in the series. The snow falcon, also known as the Gyrfalcon, is currently on the endangered species list and creating a coin of significance helps call to the importance of conservation and the protection of these animals. The other 4 coins that have been minted in the larger 1.5 oz sizing is the 2014 Arctic Fox, 2016 Grizzly Bear, 2015 & 16 Super Leaf and 2014&15 Polar Bear. Did you also know that the Canadian Mint also produces many 2 oz silver coin varieties all the way up to 5 oz coins?!

The Design of the Silver Snow Falcon Coin

Why the White Snow Falcon? We at the United States Gold Bureau believe the Gyrfalcon was chosen because it is a very powerful bird and is the largest of the falcon species, the size of the Snow Falcon is comparable to the very large buzzard. Female Snow Falcons can have a range of 20 to 26-inch wingspan and the males a 43 to 51-inch wingspan. No wonder they needed 1.5 oz of silver to symbolize this creature. On the Obverse, you will find a profile design of Her Majesty Queen Elizabeth II and the inscription “Elizabeth II”, “D.G. Regina” and “8 Dollars” denoting the face value of the coin as $8 Canadian Dollars. On the Reverse, we see the image of the Snow Falcon in mid-flight after a powerful downstroke of the larger than life wings. Exquisitely detailed to show every feather catching and moving the air beneath the specimen, claws ready to pounce and open beak where you can hear the “screeee” of an oncoming attack.

Can I use the 1.5 oz Snow Falcon coin in my Precious Metals IRA?

These larger coins are also exempt from reporting obligations in the United States and can be added to a precious metal IRA. To find out more about funding a precious metals IRA you can visit this page.
November 28, 2018
Did you like this post?
0
0
Search The Blog
Categories
Recent Posts