The Platinum Noble Of The Isle Of Man 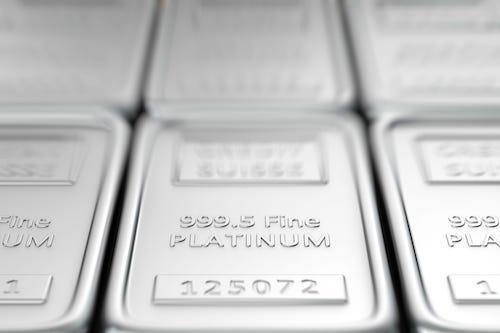 The Platinum Noble Of The Isle Of Man

In November of 1983, the Isle of Man issued the first platinum coin designed specifically for investors. Called the Platinum Noble, this coin weighed on a troy ounce and was made from .9995 pure platinum. The Isle of Man is considered to be under the protection of Great Britain, yet is a free and self-governed country unto itself. It has a long history of designing and producing a wide variety of very beautifully designed coins of exceptionally high quality. The Platinum Noble was crafted by the Pobjoy Mint of England starting in 1983 and running through 1989. These truly unique coins were available in 10 different sizes ranging from 1/10th of an ounce all the way up to ten ounces. The face value of these coins was marked in Nobles with the actual value shown as the troy ounce weight of platinum in each coin.

Thus one Noble was equal to one troy ounce of platinum. On the obverse of these platinum coins is a picture of a young Queen Elizabeth II rather than the more age correct versions used on both British and Canadian coins including Sovereigns and Maple Leafs. The reverse of these coins features a Viking longship, the "Thusly" under full sail. While these truly beautiful coins are no longer being produced, they are still widely available and make excellent investment coins. Platinum is considered the most expensive investment metal and one that is not expected to drop in value. At the current time, the Isle of Man is no longer minting Nobles and availability is somewhat limited. However, you will find that there are coin dealers and metals brokers that have limited supplies of the various denominations.

These coins currently have no real collectors' value and are rated only by their content or weight of platinum. In order to determine the value of any of the different sizes of Nobles, one has only to look at the current spot value of platinum in the open markets. Platinum is still considered to be an excellent investment and Isle of Man Nobles can be a good way for the investor who is just getting started investing in platinum to get his foot in the door. You can find the current spot price in local newspapers, on the television, the radio and of course in hundreds of locations online. Depending on who you buy your Nobles from you are going to pay a brokerage fee and shipping.