Negative Interest Rates are Possible in the U.S. 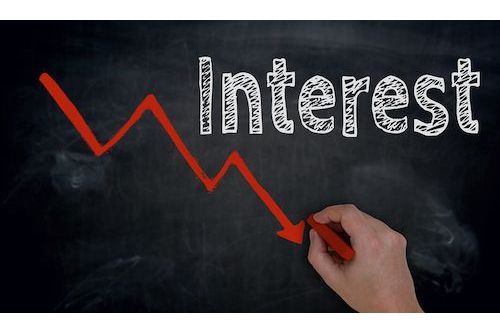 Negative Interest Rates are Possible in the U.S.

Cash is relevant and worth something when it can buy goods and services but consumers can only buy so much. There appears to be a correlation between our ability to easily consume driven by technology and cash losing value. Technology may actually be a moderating factor between lower interest rates creating higher demand for goods and services. Another factor that may influence negative interest rates ability to ignite spending is the stage of life for the specific person. Retirees attempting to live off the interest on their savings would have had to take on more risk by holding long-term maturity bonds, junk bonds, and preferred stock. To compensate for the risk, the retiree would need to keep a larger amount of money in savings forcing them to cut spending.

The belief that lower interest rates raise demand is based on the theory that households attempt to smooth their consumption over time. However, poor credit and high levels of existing debt are more likely to prevent spending than higher interest rates. Lower rates could, in theory, depress household incomes by reducing income from lower interest earned on savings and pensions. With increasing healthcare costs, our ability to live longer, and the uncertainty of pensions, households will actually attempt to save more and spend less in times of low or negative interest rates.

Increased savings is also what we see from large corporations like Apple, which have billions stored outside the United States for tax benefits. Even if taxes were not a factor, these corporations would likely not spend it because of the lack of potential investments. As a result, billions are left in foreign countries, not stimulating our economy.

Long considered to be infeasible, negative interest rates have led to some undesirable side effects. As real estate becomes more popular, the possibility interest rates rise again and consumers are unable to repay the loans or the real estate decreases in value are distinct possibilities.

In Sweden, the household debt to disposable income has risen to 175%, up from a low of 90% twenty years ago. The increase in household debt is due to the negative interest rates, making consumers feel compelled to use the money because it is inexpensive. Many believe the current ratio of 175% to be unsustainable. Even if spending increases low or negative interest rates are a concern because they increase lending and possibly risk-taking. Many European cities are experiencing a rapid rise in home prices because of negative interest rate policies, creating a real estate bubble that cannot be sustained. At some point, the real estate market and the economy will come crashing down. Michael Soebygge, deputy manager of a local branch of Nordjyske Bank said, “A lot of people sitting with short-term loans close to zero can’t afford to see them go to 2% or 3%.”

The oldest central bank in the world, Sweden’s Riksbank, first went negative in February of last year in an attempt to stimulate inflation. Riksbank’s governor Stefan Ingves believes the current economic conditions are “dangerous” and that households in Sweden are “borrowing way, way too much. It must be reversed sooner than later.”

Negative interest rates could also have another adverse consequence. They hurt banks by taking away their ability to make money. Commercial banks under negative interest rates actually incur fees instead of collecting interest when they deposit money with the central bank. Banks, like most businesses, need to remain profitable in order to operate, something that is difficult with negative interest rates. To offset the loss in revenue from negative interest rates, the banks are forced to cut costs by automating more tasks, closing branches, and laying off employees. Banks are even investing in a technology called blockchain ledger. The same technology that drives the digital currency, Bitcoin. Banking will begin to shift to become a regulated utility which means less speculative lending and risk-taking, and overall investing. Less investing on behalf of banks means it is more difficult for businesses to get capital, resulting in lower economic growth.

It was previously believed that there was at least a chance that the Chair of the Federal Reserve System in the United States, Janet Yellen, would actually raise interest rates. Investor and Author, Dennis Gartman suggests that it is nearly impossible for the Fed to raise rates in September. Gartman, who publishes the popular Gartman Letter, cites the slowdown in the rate of increase in average hourly earnings and a decline in hours worked for August as reasons why a rate hike increase is not feasible. The one-tenth decline in hours worked is equivalent to losing at least 200,000 non-farm payroll workers.

Gartman’s belief is counter to Goldman Sachs economists who reference a speech given by Fed Chair Yellen in Jackson Hole, Wyoming at the Federal Open Market Committee meeting last month as a reason to believe the Fed is actually about to raise interest rates.  Goldman Sachs issued a statement to clients that the committee was ready with a rate increase in June or July but “the weak May payroll report and the Brexit vote interfered. Now both of these worries have dissipated, the labor market has made further headway, financial conditions are easier than they were three months ago, and no major new risks have appeared.” Gartman defends his position by also referencing the monthly trade deficit, which was less than forecasted in August due to a surge in unsustainable agricultural exports. He also stated that the 1.9 percent gain in factory orders was below Wall Street expectations.

John Mauldin, a contributor to Yahoo Finance believes the very same Jackson Hole meeting referenced by Goldman Sachs hinting at a rate increase actually shows that Yellen is about to introduce what was once unthinkable in the U.S., negative interest rates. The Fed, according to Mauldin is already preparing for negative interest rates. The conference in Jackson Hole had a session on Negative Nominal Interest Rates presented by Marvin Goodfriend of Carnegie Mellon University. His academic paper on the subject “makes the case for unencumbering interest rate policy so that negative nominal interest rates can be made freely available and fully effective as a realistic policy option in a future crisis.”

Mauldin believes a recession is on the horizon and recent attempts at recovery have been feeble and ineffective. A mild recession is predicted no later than the end of 2017 and will be triggered by events in Europe. Recent indications by the Fed, according to Mauldin, show they are making plans for when a recession hits. Mauldin references 2008-2009 as a “wild ride” but the next crisis should be even wilder.

Are negative interest rates a real possibility in the United States? Mauldin reviewed the papers and discussions from the conference in Jackson Hole and observed that negative interest rates were “not only discussed at Jackson Hole, it was discussed in a positive, even slavishly approving manner.” The Fed Vice Chair Stanley Fischer said when asked about negative interest rates, “Well, we’ve learned that the central banks which are implementing them – there were four or five of them – basically think they’re quite successful and are staying with their approach, possibly with the exception of Japan. They’re thinking it through, and they have said they’ll come back to try and make negative rates work better. So we’re in a world where they seem to work.”

Fischer goes on to say, “The idea is, the lower the interest rate the better it is for investors.” This can be interpreted as Mauldin did, to mean, “They (Fed) are sacrificing mom-and-pop middle America, the hard workers who have played by the rules and retired and saved and now want to live out their lives enjoying their grandkids and a little well-deserved relaxation, and they find they can’t do that because the Federal Reserve thinks that protecting Wall Street and wealthy investors and bankers is more important.”

To understand the financial times we currently enjoy is to know that someone is going to be wrong. Either way it will have a significant impact on your personal financial well-being. Will interest rates be raised or lowered? Reading the tea leaves from Jackson Hole it is more likely that the Fed will actually keep rates the same for the foreseeable future, if not lower them. If the Fed does decide to lower rates, how low will they go, and is it a real possibility they could even go negative? After looking at all of the information, will negative interest rates actually work to stimulate the economy or cause people to save more?

Even if rates were raised, Senior Analyst with Danske Bank, Jens Pedersen said, “An isolated rate hike in September would not have a substantial negative impact on gold.”

The real question is do you want to leave your financial future in the hands of someone else and not choose an investment that has been a vehicle to store wealth since nearly the beginning of time? Gold is the proven way to store wealth long-term during an economic crisis. Negative interest rates are believed to be a sign of desperation by some and most believe negative interest rates do not stimulate spending but actually stifle growth. In these difficult times, preservation of wealth should be the goal of any investor.

As a real-world example, let’s assume you have $10,000 to invest. One option is to put your money in the bank, offering a negative interest rate of -1%. At the end of one year, your investment would be worth $9,900. In effect you have paid the bank $100 for giving them the ability to use your money. Another option is to purchase gold with the $10,000, believing that price of gold will go up. In 2016, gold has increased 25% making your $10,000 investment worth $12,500. This scenario is investing strictly in gold bullion. In addition to gold bars and coins, the U.S. Gold Bureau offers clients Investment Grade Coins like the Gold American Eagle and Gold American Buffalo certified Proof 70 coins. Historically, investment portfolios that include Investment Grade Coins have outperformed portfolios containing only gold bullion. Call our Investors Hotline (800) 775-3504 or request information online to better understand how investing in precious metals like gold and silver bullion, and Investment Grade Coins help preserve your wealth in these challenging economic times.