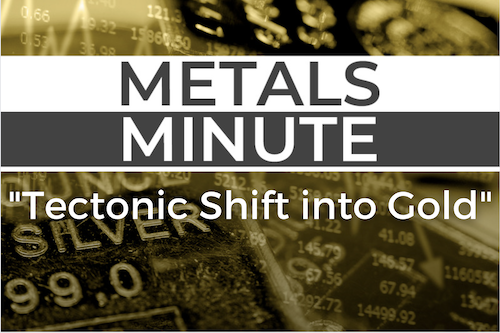 Gold is trading near an 8-month high as interest rates increases are expected to slow. Over 90% of analysts surveyed expect an interest rate increase of only 0.25% in February.

Analysts at Bank of America released a report this week outlining how they consider gold to be a mainstay asset for the next 3 years.  Their outlook is bullish on gold prices from 2023 until at least 2026 (and possibly further).

Russia and Iran are exploring the use of a “Persian Trading Token” backed by gold as a means to sidestep the SWIFT trading system that uses dollars. This development is considered a “tectonic shift” that may lead other nations to develop similar trading networks in the future, which could be positive for gold and negative for the dollar.  Russia and Iran conducted $4 billion in trade in 2022.