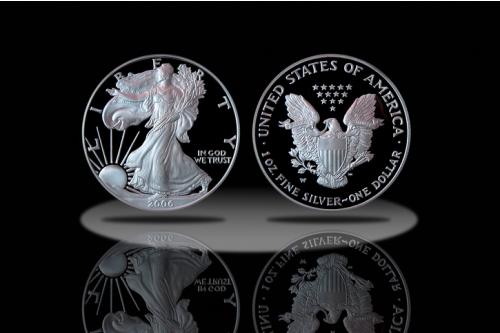 Sales of American Eagle silver coins from the U.S. Mint rose to an all-time monthly high in January, according to Reuters. The milestone was reached after the Mint resumed sales of its highly sought 2013 silver coins.

Sales of the coin were paused earlier this month on Jan. 17 after the Mint ran out of its supply of 2013 American Eagle silver coins in the face of much higher than expected consumer demand. It has been busy pressing new coins, enabling it to resume sales. The Mint is tightly managing its new sales of the 2013 silver coins. These and other coins are not sold direct to the public but instead are sold through a network of wholesalers and dealers.

Data on the U.S. Mint’s website showed that sales of the coin surpass 7.1 million ounces on Tuesday, Jan. 29. The prior all-time monthly sales record for silver coins was 6.1 million, set just one year ago in January 2012.

Reuters reported that not only were greater numbers of buyers picking up the coins but that they were also buying in much greater quantities as well. One source reported that investors are demanding entire 500-ounce boxes of coins, as they come sealed by the U.S. Mint. The Mint sells these boxes, known as “monsters,” comprised of 500 one-ounce coins exclusively to authorized coin dealers.

Reuters reported, “U.S. gold and silver coin sales have been exceptionally strong in January, building on a late 2012 rally as collectors scramble to snap up newly minted 2013 coins and investors seek refuge from U.S. economic uncertainty.”

Posted in: Investing, History, Silver
By U.S. Gold Bureau
More from this author
Did you like this post?
0
0
Search The Blog
Categories
Recent Posts