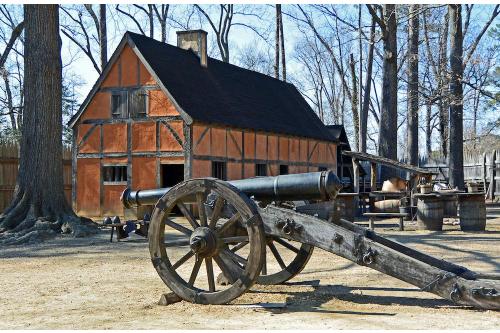 Gold The History of Gold

The Virginia Company of London was the first joint-stock company to travel to the new world. After hearing stories of the success the Spanish found in South America, Virginia Company investors thought it would be simple enough to find gold if they too started a new settlement. The settlement was named Jamestown, after King James I, who granted the charter.

Landing in Virginia in 1607, the first Virginians arrived 13 years before the Pilgrims landed in Massachusetts. The 104 Englishmen landed on the unfamiliar land and sought to find the precious yellow metal they came for right away. However, their goals turned out to be much more difficult than planned, as they were unprepared to handle harsh winters and malaria. The neighboring Powhatan Indian tribe helped the colonists in times of need by providing them with food and other necessities in exchange for goods such as copper.

Unfortunately, the Powhatans were never able to direct the Jamestown settlers to the gold. One of the major problems the Jamestown settlement faced was the fact that most of the first colonists were wealthy gentlemen who were not used to manual labor and did not posses any useful skills. Many of the men spent countless hours looking for gold instead of putting their efforts toward building and hunting. Therefore, much of their energy was wasted and their pursuit of gold was in vain.

What turned out to be the true gold for Virginia was tobacco. Shown how to use the plant by the natives, the settlers learned a great deal about tobacco. By 1639, Jamestown had exported 750 tons of tobacco. It became the cash crop of the Southern Colonies and Virginia's own form of gold.

Posted in: History
By U.S. Gold Bureau
More from this author
Did you like this post?
0
0
Search The Blog
Categories
Recent Posts