High European Energy Costs, BRICS, and What It Means for Silver 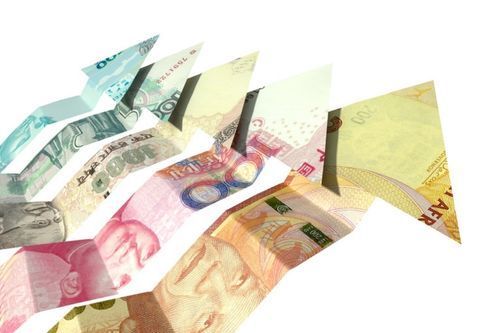 High European Energy Costs, BRICS, and What It Means for Silver

Poland is the world’s 6th largest silver producer. Poland’s largest silver refiner, KGHM, produced 5.7% of the world’s silver, 1366 tonnes, in 2021. KGHM will reduce its energy consumption from 2.5 Terawatt-hours to 1.8 or 1.9 Terawatt hours to offset high energy costs. Furnaces purify silver. Silver must be .9999 pure for industrial uses, which requires much heat. If there is no gas, then there is no furnace. The world's silver supply suffers if Poland goes dark due to no Russian oil or gas.

Russia is the world’s fifth largest producer of silver. The numbers in Russia are comparable to those in Poland and represent about 6% of the world’s production. Russian silver has been sanctioned since March. Russia is actively pursuing a Moscow-based competing market to the London Bullion exchange. With all the political turmoil, Russian silver won’t be in the London market soon.

China is the world’s second-largest silver producer. In 2021, China produced 3,400 tonnes of silver, more than Russia and Poland combined. China’s silver produced about 14.1% of the global supply. China and Russia are members of the BRICS (Brazil, Russia, India, China, South Africa) economic alliance. The BRICS are actively trying to create a basket of currencies backed by commodities like gold, oil, and silver, to compete against the Dollar and the International Monetary Fund’s SDR (Special Drawing Rights). Economic relations between Russia and China have been evolving quickly since the invasion of Ukraine. Masaya Sakuragawa, a professor of economics at Japan's Keio University, said, "Looking back at history, the currency order tends to change after a major war." Sakuragawa believes China may be looking to aid Russia. China is trying to shore up the Yuan after the war, similar to how the U.S. aided Europe after WWII and became the primary reserve currency. If he is correct, it is safe to assume Chinese silver will probably head to the Moscow market, tightening the supply further.

Argentina is the 10th largest silver producer representing about 3.3% of the global supply. This week, Argentina has formalized its application to join the BRICS. Iran, Turkey, Saudi Arabia, and Egypt have also applied to join the BRICS. Peru is the 3rd largest silver producer and produces about 12.5% of global silver. Peru is one of the stated countries Russia is trying to attract to the Moscow bullion market. Peru is a very strategic economic partner and military ally of Argentina. If BRICS accepts Argentina, Peru could quickly follow. Between Russia, China, Argentina, and Peru, 35% of world silver is produced and will likely move away from Western markets if Russia successfully establishes the Moscow market.

What Does It Mean?

The world is choosing sides, and many countries that don't like us control large amounts of silver. Europe is getting crushed by high energy costs putting European silver production in jeopardy. Will there be a shortage? Probably not as much in the industrial sector, but the market will likely be tight in the investing sector. The supply challenges may or may not translate into a higher spot price but almost guarantees higher premiums. Most analysts are expecting premiums to increase over the next few years.

What is the Best Course of Action?

Many people like to hold silver for investment and worst-case barter/trade scenarios. Silver will be like a checking account if the world goes too insane and we need to buy our chicken and eggs with gold and silver. People looking for investment or emergency preparedness tend to dollar cost average their silver. They keep buying at regular intervals, like weekly or monthly. Sometimes they pay more, and sometimes they pay less, but overall, it averages to a price somewhere in the middle. When prices or premiums look attractive, they tend to buy more than their usual weekly or monthly purchase to lower their average cost. Many people will ask their account representatives to schedule a weekly or bi-weekly call to keep them on track with their goals. The U.S. Gold Bureau is glad to help you stay on track. Talk to your representative about getting on a schedule.