A Simple Guide to Gold Bar and Gold Coin Investment 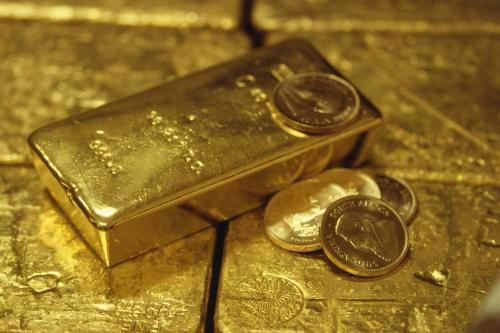 A Simple Guide to Gold Bar and Gold Coin Investment

gold coins gold investment gold bars precious metals
Owning tangible assets like precious metals is a crucial part of any diversified investment portfolio. More and more investors are choosing to acquire and hold physical precious metals, rather than exchange-traded funds (ETFs, also known as “paper gold”) or mining stocks, since it’s the only way to truly invest in the hard asset itself, rather than some sort of derivative or equity that tends to track the value of the metal, but can also be affected by other variables.

Gold bars are typically manufactured by private refineries that follow rigorous production and testing standards to ensure that the stated specifications of weight and purity are precisely met. Gold bars used for investment and wealth preservation are typically refined to a purity of 24 karat, either .999 or .9999 pure. This is also known as Four 9 pure and is seen by the industry as top refinement. Gold bar sizes generally range from 1 gram (weight of a single raisin or paperclip) to 1 kilo (32.15 Troy oz – about the size of a standard smartphone). Larger bars do exist and are generally restricted to institutional or governmental use. Bars containing 100 or 400 Troy ounces are called “Good Delivery Bars” and are made by relatively few refiners that have been certified to produce them for official trades on the Commodities Exchange (COMEX). The 400 Troy ounce bars are typically used by world banks and can be used to settle debts between sovereign countries.

Gold coins can be minted by private refineries and by government mints. When produced by a private entity, they are known as “rounds” and do not have a face value, so they do not serve as actual “coinage” with legal tender status. When minted by official government mints, they frequently do have a face value and are considered legal tender in their country of origin, though the face value is nearly always much less than the value of the metal that they contain. The United States Mint is a division of the United States Department of the Treasury. It produces a wide range of coins made for general circulation as well as coins to meet the demand of precious metals investors. The two most common gold coins currently made by the U.S. Mint are the Gold American Eagle and the Gold American Buffalo. The Eagle is minted in 4 sizes each year (1/10 oz, ¼ oz, ½ oz and 1 Troy oz). The face values are $5, $10, $25 and $50. The Eagles are all 22 karat coins. The Gold Buffalo is currently only made in the 1 Troy oz size and has a face value of $50. It is a pure 24 karat gold coin (9999 fine).

Coins from other world mints are widely available and represent another valid option for gold investors. The South African Mint makes the Gold Krugerrand. It is a 22 karat coin named after Paul Kruger, the first president of that country. It features a portrait of Kruger on one side and a springbok antelope on the other side of the coin.

The official gold bullion coin from the Royal Canadian Mint is the Maple Leaf. It is a 24 karat coin and is available in multiple sizes. The front features a portrait of Queen Elizabeth II and the reverse shows an iconic Canadian maple leaf. The Perth Mint in Australia is a major producer of gold coins, with a wide range of coins issued each year. The flagship coin is the Gold Kangaroo. It is 24 karat and has a face value of 100 Australian Dollars. It pictures Queen Elizabeth II on the front and a kangaroo on the back. The kangaroo moves in position each year.

Another popular gold coin is called the Philharmonic. It is a .9999 fine 1 Troy ounce coin from the Austrian Mint. Its design features instruments from the Vienna Philharmonic Orchestra. The face value is 100 Euros.

The United States Gold Bureau has been selected to operate the Texas Bullion Depository and offers a secure solution to store high value physical assets, like gold, silver, platinum and palladium. The majority of the value of holdings stored at official depositories is in the form of gold bars and coins.
Posted in: Investing , Gold
Did you like this post?
0
0
Search The Blog
Categories
Recent Posts