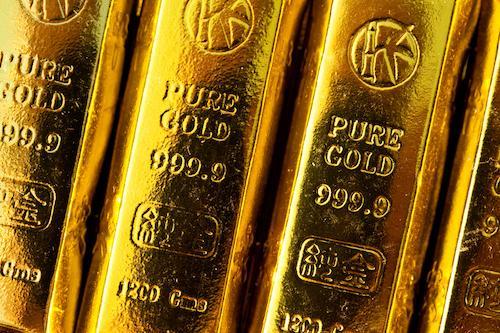 The wedding band is the most recognizable symbol of marriage, and has been so since the ancient Egyptians reportedly passed the tradition to the Greeks and Romans. It is believed that the Romans were the first to form the ring out of gold in the second century B.C.

Today, gold remains the most popular choice for wedding bands for both the bride and the groom. It is not hard to see why, as gold provides a stunning contrast with the bride's traditional diamond engagement ring. While other wedding band trends, for instance using platinum or titanium, come and go, gold is arguably the classic ring choice that is here to stay.

When a couple chooses gold wedding bands, they must decide upon many details. Because pure gold is too soft to form a ring, bands are typically made from 9, 14 or 18 karat gold. The higher the karat, the higher the percentage of pure gold the ring contains, and the more valuable it is. An 18 karat gold ring is approximately 75 percent pure gold.

Another aspect that must be considered when choosing gold bands is the color of the gold. Traditionally, yellow gold is used; however, other popular color choices include rose and white gold. The color can be altered based on the other metals mixed with the pure gold.

Although wedding rings are meant to symbolize eternal love, things do not always work out as planned. That is why many people decide to make extra money by selling a gold wedding band after a marriage ends. Those interested in doing so may want to get multiple professional opinions before agreeing to a deal. It is important to realize that the ring may have more sentimental value than initially realized so it may be wise to wait and watch fluctuations in the gold market for awhile before you sell.