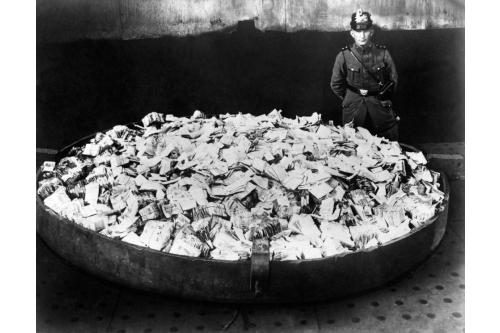 It has been said that when preparing for hard times, disaster or anticipated hyperinflation, you should stock up on items that other people want. That way, you can barter for everything else. There is no more universally accepted bargaining chip the world over, than Gold.

As we have mentioned before, the gains realized in paper assets are often overridden by the effects of real inflation.  When landlords start demanding rent be paid with gold, you know that inflation has gotten out of control. In our world today, the value of many currencies is diminished so much from month to month, that many don’t want to accept it as payment for goods and services. While we are not immune from this happening in the United States, we still have time to protect ourselves. As we will see, many areas of the world have already begun to fall into the paper currency abyss. In 2016, Iranian citizens purchased 15% of the gold bars and coins available in the Middle East. So far this year, they have purchased 75% of available metal in the region. Massoud Gholampour, an analyst at Novin Investment Bank in Tehran, said: “People want to invest in something that’s safe if they think that a crisis may be on the way.” 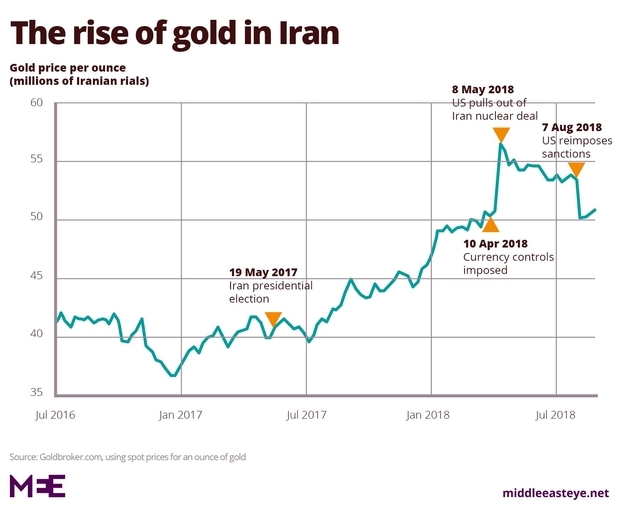 It is not only that Iranians want to store their savings in gold; many want to conduct business in gold. This might be hard for the average American to understand, but I have seen scenarios like this up close. While in Zimbabwe a few years ago, I discovered that when people received their paycheck, they immediately wanted to convert it to something else. Whether the South African Rand, the US Dollar, or gold - it didn’t matter; anything but their local currency. I asked why they felt it necessary to do that. They explained that if they didn’t spend or convert it immediately, it would be nearly worthless before the next payday came around.

The landlords and other business owners that work with contracts in Iran, don’t want to be locked into accepting a currency that will make the rent worth less and less each month. Those purchasing goods for resale don’t want to continually sell inventory for less than it will take to restock. 45% of economic activity in Iran is connected to the housing market. Due to the devaluation of the local currency (Rial), some are requiring that rent be paid in gold coins. This helps explain why 75% of recent gold purchases in the Middle East are made by Iranians.


The problem for many living in various places around the world is that their currencies have already begun to drop significantly. This makes it more difficult to purchase Gold or Silver. The best time to protect the future is the present. Waiting until the future might be too late. Currently, the US Dollar has been a beneficiary of the currency troubles worldwide. This means that temporarily, Gold and Silver is priced at a steep discount for those with Dollars to spend. While this will not always be the case, there is a window of opportunity available to Americans to purchase Gold and Silver now, from a position of strength. Given the ever-increasing debt burden of the US Government, this will not last forever.

For the last 50 years, the US has been the economic leader and financial engine for much of the rest of the world. But even so, the bell weather S&P 500 index has been outpaced by Gold during that time period.

As we have previously shown, the gains of a rising US stock market are often nullified by a devalued US Dollar, when compared to Gold.

But with the interconnectedness of the financial system today, trouble somewhere can often become trouble everywhere. The current crisis is already severely affecting countries in South America, Turkey, South Africa, and even India and China.  With nearly 50% of the earnings of American companies represented on the S&P 500 coming from overseas operations, it is easy to see how trouble elsewhere can be imported here. Many Americans don’t realize how much their retirement funds (401k’s, IRA’s, etc) are tied to what might happen overseas, even if they own American companies. 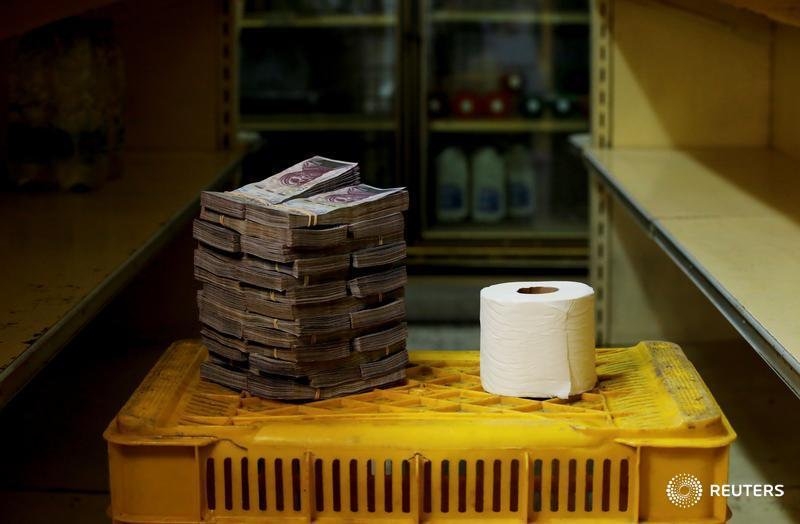 The Real Deal on Hyperinflation


When people mention “hyperinflation”, often a reference is made to Weimar Germany. Back then, people would purchase a loaf of bread with a wheelbarrow full of cash. But did you know that half of the 58 recorded cases of hyperinflation have occurred in the last 30 years? We don’t have to look into history to find “hyperinflation”, as it currently exists in our world today. Hyperinflation is defined as 50% (or more) monthly inflation, which persists for at least 30 days. This is happening in multiple places in our world today. Due to the massive amounts of debt and trade issues, it looks likely to spread and continue.

With the world less dependent on the US Dollar and economy than at any time since WWII, it seems a prudent time to diversify ourselves. For 50 years, Gold has risen 7.5% per year against the bell weather US Dollar. To get an idea of what the future for the Dollar might look like, compare it to any other non-reserve currency. With many nations developing trading systems and transactions outside the Dollar universe, we might someday soon discover the real value of our paper currency with green ink. Sometimes, people don’t want to accept paper assets. Sometimes, they insist we pay with Gold. The best time to prepare for the future is the present.