Gold Can be Added to Anything 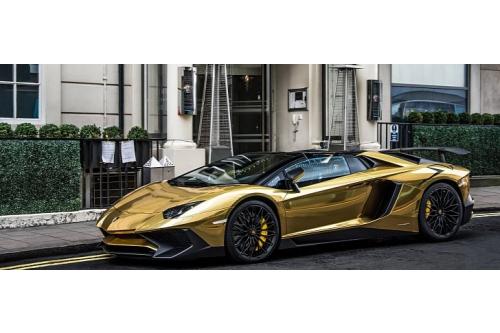 Gold Can be Added to Anything

Egyptians had a fascination with gold that bordered on obsession. In fact, Egypt’s association with gold is more than five centuries old and the civilization that is responsible for humanity’s infatuation with the precious metal. Gold was coveted by the Egyptians, not because of the monetary value associated with it, but the spiritual value. The metal was considered “the skin of gods” and as a result, statues of gods and death masks were made of solid gold. Not everyone could wear gold: Kings, priests, and members of the royal court were the only people allowed to wear the precious metal. Today, you don’t necessarily have to be a certain class to wear gold, though, being somewhat wealthy helps. Adidas has released their iconic Stan Smith tennis shoes with 24-karat gold leaf on the tongue, heel-tab, and Stan Smith signature. There is a $35 premium compared to the original Stan Smith for the gold version of the shoe, which retails for $110.

Designer Alberto Moretti crafted a gold pump for women and a gold loafer for men. The luxury shoes include velvet to create a luxurious experience for your feet. It also includes a price tag between $2,500-$5,000 per pair. Only five stores in the world carry the shoes, so if you don’t live in New York, Los Angeles, Hong Kong, Dubai, or London, add the cost of travel to your gold footwear. Not to be outdone, Nike has an entrant in the gold shoe category. They produced five pairs of high tops dipped in 24k gold. The price tag and extremely low production of the shoe would make it difficult even for an Egyptian King to own. In 2015, Nike also used the precious metal for the 30th anniversary of the Air Jordan shoe. Available in both black and cream white, the eyelets, lace dubrae, and lace tips along with the wings, tongue, and heel logos are covered in 24k gold. Seattle Seahawks running back Marshawn Lynch was set to wear gold cleats from designer Marcus Rivero in a game. The shoes contained real gold flakes but never made it to the field. Lynch was warned by the NFL that if he wore the shoes he would be fined. No word if he could pay the fine with the shoes or not.

Drake commissioned artist Matthew Senna to design a pair of OVO x Air Jordan 10 shoes in gold. The shoes are a mix of gold and other materials, including parts of real shoe. The shoes are said to weigh about 20 pounds and about $30,000 per pair. Finally, something that could have kept Air Jordan grounded.

If you think the $30,000 price tag for shoes is a little steep, consider the $2.5 million toilet and $1.7 million toilet paper roll created by the Hang Fung Gold Technology Group in Hong Kong. Indian gold investor, Datta Phuge had a gold shirt made of 14,000 individual pieces of 22k gold. The shirt weighs almost 7 pounds and cost $250,000. For what it is worth, the shirt was wrinkle-free. There are other ridiculous items made of gold like a $150,000 cooking grill from BeefEater and a $50,000 casket by Golden Caskets, but perhaps the gold standard of ridiculousness is the Lamborghini Aventador that is covered in sheets of gold. The regular Lamborghini Aventador has a base price of $330,000. The gold version will set you back $7.5 million.

Ancient Egyptians would be proud of modern civilization for finding creative ways to use gold in our everyday items like shoes, shirts, cars, grills, and toilets. A $7.5 million Lamborghini is not for everyone, however. For those people, the U.S. Gold Bureau offers a more traditional way to invest in gold and other precious metals. Now is the time to test drive our selection of gold and bullion, investment grade coins, platinum, palladium, and investment grade diamonds.
July 22, 2016
Did you like this post?
0
0
Search The Blog
Categories
Recent Posts