Get to Know the Gold American Eagle Coin

Get to Know the Gold American Eagle Coin

Since 1986, the Gold American Eagle has captivated the world with its value, history, and beauty. It is the most popular coin produced by the United States and is highly coveted, especially when a new coin is produced at the start of each year.

The U.S. government guarantees that each coin includes the amount of actual gold weight, in Troy ounces, on the back of the coin. Because of this, every American Eagle coin is recognized as legal tender. It’s the coin’s intrinsic value, which will likely always be higher than its face value, that keeps people coming back year after year.

The History of the Gold American Eagle 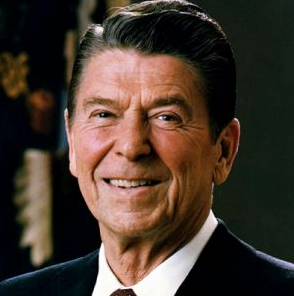 The Gold American Eagle was discontinued in 1933, as the result of a decree by Franklin D. Roosevelt, to prevent banks from going bankrupt during the early stages of the Great Depression. The United States has since gone off of the Gold Standard, so gold coins went out of fashion during the 20th Century.

The Gold and Silver American Eagle coins were produced and available to the public in 1986. Since it was introduced, the coin has been the most widely traded coin in the United States. Another reason for its popularity is due to a provision of the law that required the coin to be mined from gold found in the United States, to make it a truly American coin.

The design of the obverse of the coin is a modified version of American sculptor Augustus Saint-Gaudens’ classic design from his $20 coin. Originally commissioned by Theodore Roosevelt, Saint-Gaudens’ design is still coveted as one of the most beautiful designs of any coin ever produced by the U.S. Mint. Saint-Gaudens’ coin was minted from 1907-1933. The design features a stunning scene of Lady Liberty holding a torch in her right hand and an olive branch in her left hand, walking towards the edge of the coin.

The reverse of the Gold American Eagle was designed by modern-day American sculptor Miley Tucker-Frost. The design depicts the image of a male eagle holding an olive branch flying right above a female eagle in a nest with her hatchlings.

The Gold American Eagle’s design has also changed over the years of its production. The coins minted between 1986 and 1991 are inscribed with Roman numerals and from 1992 until the present, the have Arabic numerals for dating the coins. The numerals are located on the obverse of the coin.

The Value of the Gold American Eagle 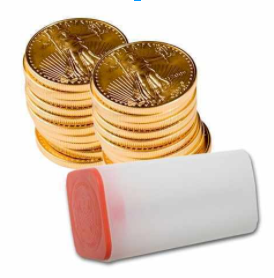 The bullion coin is made from 22-karat gold, meaning that 91.67% of the coin is pure gold. The remaining percentage is made up of silver and copper. Because the coin contains a lower percentage of gold, it is much more durable and long lasting than its counterparts which bear 99.999% gold. This means that your investment will last and is less prone to wear over a long period of time.

Some of the sizes of the coin may have a value to collectors in the future based on their relative scarcity in the market. A strong after-market has already developed among investor and collectors looking to complete their sets going back to 1986. Some denominations that are particularly scarce are particularly scarce are the half and quarter-ounce Gold American Eagles from the early 1990s that had low mintage.

How to Purchase the Gold American Eagle

It’s important that when you are looking for Gold American Eagle coins to add to your collection or investment profile that you find a trustworthy company. The United States Gold Bureau is committed to helping you find the right investment for your future the very first time while also giving you efficient, knowledgeable service.