Germany to Check on Gold Bars That Serve as National Reserves 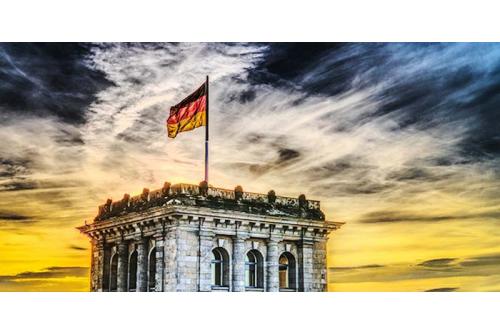 Germany to Check on Gold Bars That Serve as National Reserves

(November 2, 2012) — Despite the Eurozone crisis, Germany is still looking financially healthy. Yet recently the nation decided it needs to check its reserve of gold bars to make sure that none are missing or fake. The news comes as something of a shock for many because when nations invest in gold, we tend to think that they must keep incredibly close tabs on it. While this is generally true, the Cold War caused Germany to look abroad for places to store its gold assets which would be out of the range of the Soviet Union. At that time, Germany was also divided into West Germany and East Germany with constant tension causing big problems and a real threat of war looming. According to a recent article in Zero Hedge, today the European nation stores its gold in London, Paris and New York City. German officials have said that they do not believe any of the gold bars are missing, but when members of Parliament wanted to check on Germany's gold stores in Paris, they were told visitation was not something that would be possible for them to do.

Understandably, many in Germany would now like to know that when their government decides to invest in gold, it will be close enough at hand that it can be tallied and checked for purity. Since gold assets are the backing of paper currencies or at least protection if currency is devalued, knowing the specifics of a nation's gold storage is crucial. To reassure the German public that no problems were arising, Bundesbank went to say that:

"In the future, we wish to continue to keep gold at international gold trading centers so that, when push comes to shove, we can have it available as a reserve asset as soon as possible. Gold stored in your home safe is not immediately available as collateral in case you need foreign currency."

Some speculate however, that things are not quite as rosy as they appear. The columnist for Zero Hedge put forth a question of whether Germany had to keep certain quantities of its gold supply with other central banks as a form of collateral. With the U.S. dollar and the U.K. pound being seen as reserve currencies, if Germany ever needs loans from central banks, having gold already in those countries is thought to be a major help towards that cause. Obviously, we can only go off of what Bundesbank and those in the German government are willing to state publicly, but it appears as if concerns must exist if Germany is moving back portions of those overseas gold stockpiles to its home turf once again. While it’s shocking to think that the gold reserves of such an important and respected nation as Germany have "never been physically checked," it can be a lesson to the average investor in the importance of being careful about whom they work with. Choose the best providers you've researched for added peace of mind.
November 2, 2012
Did you like this post?
0
0
Search The Blog
Categories
Recent Posts