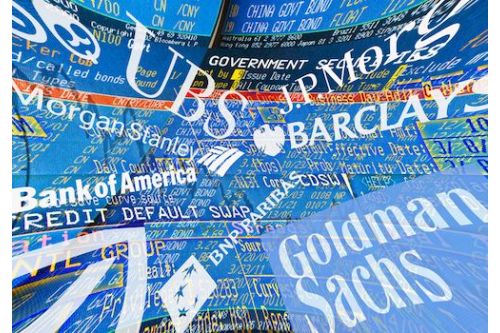 What Is a Swap Line?

Swap lines are short-term currency exchanges between banks, usually around seven days. The banks will trade equal currency amounts. The Swiss National Bank sent the Fed $6.27B worth of Swiss Francs, and the Fed sent the Swiss National Bank $6.27B in Dollars. These swap transactions are not common but happen when the member bank has a significant liquidity problem.

The Fed states, “swap lines are designed to improve liquidity conditions in dollar funding markets in the United States and abroad by providing foreign central banks with the capacity to deliver U.S. dollar funding to institutions in their jurisdictions during times of market stress…The swap lines support financial stability and serve as a prudent liquidity backstop.” The Swiss National Bank taking two substantial swap line positions two weeks in a row is a big red flag something is drastically wrong.

What is the Issue?

The Fed’s aggressive interest rate hikes create instability and imbalance in many places, especially Europe and Japan. Europe and Japan are more addicted to printing than the U.S. and have not raised rates as quickly as the Fed. The unequal interest rates are making the Dollar appear strong but crushing the other currencies. Last week, the United Nations warned the Fed to pause interest rate hikes because higher interest rates represent an “imprudent gamble” of a global recession. Despite the political pandering, it is highly unlikely the Fed will pivot.

Credit Suisse is comparable in size to Lehman Brothers. Market analysts are concerned Credit Suisse could be Lehman Brothers moment for Europe and send the entire world into a deep recession. Whether it's unequal interest rates, a banking liquidity crisis, record inflation, or a collapse of currencies, a worldwide recession is undoubtedly coming. Analysts at Bloomberg says there is a 100% chance of a recession in the next 12 months. The U.S. economy hit the technical definition of a recession earlier this year, but politicians conveniently changed the definition of a recession. If a recession is coming, and we aren’t in one yet, it is safe to say that whatever is economically in front of us is worse than what’s behind us. Stocks are down 22.08% YTD. Bonds are down 19.3% YTD. Bitcoin is down 59.53% YTD, and housing prices have just started falling. Whatever is in front of us, analysts think, will be worse than that because they aren’t calling the current economy a recession.

Gold and silver are the rafts. Precious metals have been the trusted, safe haven assets for thousands of years. Our current economy may feel very sophisticated and complicated. We can trade million-dollar contracts on a cell phone, but economic chaos is not new. The world ship has sunk many times, and people return to precious metals every time. People continually return to precious metals because it has continually worked and preserved the fortunes of countless kings and paupers. Do you have a better plan than what has worked for thousands of years?