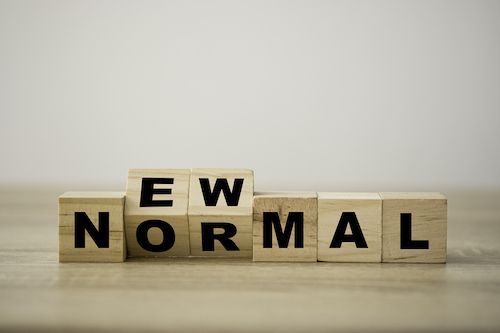 Yellen stated, “This is not an economy in recession, but we are in a period of transition in which growth is slowing. Yellen said, "A recession is a broad-based contraction that affects many sectors of the economy. We just don't have that…Consumer spending remains solid…Household balance sheets are generally in good shape. Still, inflation is way too high, and the FED is charged with putting in place policies that will bring inflation down, and I expect them to be successful."

“A recession is a broad-based contraction that affects many sectors of the economy. We just don’t have that.”

Stating we don’t have contraction affecting many sectors, Yellen seemed to deny the basic perceptions, sentiments, and struggles of just about everyone. What does she mean when she says there is not a broad-based contraction affecting many sectors? The stock market had the worst start in 50 years. The U.S. Treasury market had the worst start since 1788. Cryptocurrencies are down more than 50% on the year. Housing is contracting, and consumer discretionary spending is down.

Jobs. The administration is touting the strong labor market. The administration argues that a recession should now mean more than just a contraction of GDP, but also high unemployment. Should it surprise anyone that the goal posts move in an election year? It probably doesn't surprise anyone but should concern everyone that words are losing meaning. When words stop having meaning and political opinions become facts, reasonable discussions don’t have a buildable foundation.

A recession should be a term that represents the trend of the economy's overall health. Still, the administration wants it redefined to be about one component of the economy: jobs. The administration reported that June added 372,000 jobs, and unemployment remained at a near historic low of 3.6%. The argument is that people are working, so the other areas of the economy are less relevant. The other side of the coin is that jobless claims are trending upward, reaching the highest level in eight months. Several large employers like Alphabet, Apple, Meta, and Microsoft have recently announced layoffs and hiring freezes.

Secretary Yellen made three claims about the health of the economy.

3.  There is Not a Broad-Based Contraction Across Multiple Sectors.

There is data to show consumer spending remains strong and even increased from last month. However, there is some parsing of data needed. The most significant increases in consumer spending were gasoline, healthcare, and housing. The increase in these three areas accounts for 58.59% of the total consumer spending increases the administration is using in their data model. The most revealing number is that consumers put -$9.5 billion less into financial services and insurance. People may spend more on goods and services but less on investments and savings. Consumer spending reflects their level of confidence. When consumers move away from investment allocations, it is indicative that there is less confidence in future growth prospects and less available funds for investment.

When inflation is at record levels, it can be challenging to distinguish between increased and more expensive spending correctly. On paper, both types of spending will look generally similar. Increased spending is a deliberate choice, and more expensive spending is a forced choice. Higher gasoline prices are a forced choice. For example, imagine last month a restaurant meal cost $20. This month, the same meal costs $25. Assuming someone is going to eat at the restaurant, the more expensive meal is an inflation-forced choice. There is a difference between paying $20 for the meal and ordering a $5 dessert or paying more for the meal only. On paper, the person increased their restaurant spending the same amount, and it is possible to make both cases. The question is what is more likely.

The most revealing number about whether it is a forced choice or freewill choice is that consumers put -$9.5 billion less into financial services and insurance. People may be spending more on goods and services, which inflation is a variable in the equation skewing the data, but less on investments and savings. When consumers move away from investment allocations, it is indicative that there is less confidence in future growth prospects and less available funds for investment. Suppose people choose short-term pleasures like more expensive restaurant visits over long-term investments. In that case, it is also indicative that people generally believe that the value of a dollar will be worth more today than in the future, the opposite of investing.

Reuters reported 1st quarter U.S. household  wealth declined for the first time in two years since the onset of the Covid pandemic. Savings rates are decreasing and less than half the rate of July 2021.

Wages are not keeping up with inflation. In June, the annual inflation rate was 9.1%, average hourly wage growth was 5.1%, and base salary growth was only 4.8%. There is at least a 4% deficit in purchasing power from a year ago for hourly workers. For salaried employees, there is a 4.3% decrease in purchasing power from a year ago. When generous numbers handling shows most people have at least 4% less purchasing power than a year ago. It is a complex argument that household balance sheets are generally good. The numbers are significantly worse for lower-income families.

Is There Broad-Based Contraction Across Sectors?

The popular dystopian movie The Matrix showed a scene where Neo saw a black cat twice. He said, "Déjà vu." The other characters tell him that a Déjà vu is when something changes in the Matrix. The change was that agents destroyed the exits to trap the protagonists inside. It is political spin, lies, and misdirection to say the economy is not in a recession.

Please pardon the melodrama, but it feels like the agents of our real-world system are also changing things to block financial exits. The agents hope people don't notice the subterfuge and won't think about what is happening. Why is it a big deal to change the narrative around recession?

Most people aren't thinking about the bigger picture and are comfortably numb to what is coming.

No matter what one calls it, we are in a very troubled economy. Stocks are falling. Bonds are collapsing. Crypto has been an investment dumpster fire. Rising interest rates will bring housing prices down further. War in Europe has disrupted supply chains. Inflation is raging. The world is trying to de-dollarize. Social security is going bankrupt. The national debt is astronomical, and there is no chance of ever paying it back. All this is happening, but why is calling it a recession making politicians nervous? A word like recession makes even the most disinterested ask a question or two. Asking better questions is dangerous to the elites. When people ask better questions, they find better answers. A few questions can quickly become too many. What if people ask questions about responsibility? People will look for better answers in November.

The same people who have a monopoly on printing dollars are the same people telling us we are not in a recession. It is probably not wise to take advice from people that print money out of thin air, sell it to you in debt, and then lie to you about how it works. Think for yourself and structure your portfolio at your own risk. It's your hard-earned money and your family's future. You can either do something or continue down the status quo and do nothing.

As you think about whether you should trust election year rhetoric, why not cut through the noise and come back to the basics? Why not do what kings have done for millenniums? Why not take massive action today and protect yourself by keeping a small percentage of your wealth in gold?

Call for a free consultation.

Posted in: Silver Gold Platinum Palladium Market Alerts
by Ryan Watkins, Op-Ed Contributor
Did you like this post?
0