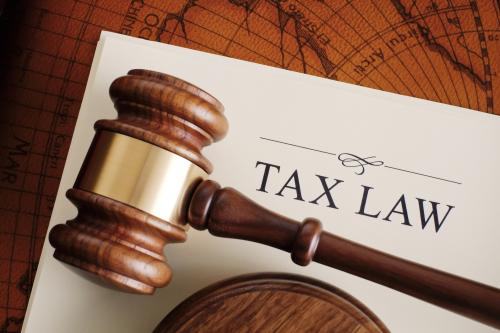 Early 2017 has seen a spotlight shining on gold investments, as US states are passing legislation to eliminate capital gains tax for those who invest in precious metals.

As many complex factors continually affect the financial world, those who invest in precious metals realize that it’s always important to keep up-to-date on the new legislation that could impact the industry, especially in the area of taxes. Traditionally, when United States citizens sell their precious metals, such as gold or silver, they are required to pay a capital gains tax on any value increase of their investments.

But today’s investment climate is quickly evolving and several US States are emerging as innovators in making changes by introducing new bills that provide more opportunities for investors.

Arizona Moves to Not Tax Money

Earlier in 2017, lawmakers in the states of Arizona and Idaho have made an impact on the financial world by passing bills that eliminate capital gains taxes from gold and silver coins and bars in those states.

Both bills’ passage into laws would be acknowledged by investment pros as a timely, major step towards increased currency competition, and provide investors with a higher level of overall financial freedom. Advocates of the bills are in favor of allowing individuals to choose gold and silver over using paper currency, which a number of industry professionals believe is depreciating. Overall, it would grant the residents of those states much more purchasing power, and possibly influence other states to move in that direction as well.

The Arizona House Bill 2014 (HB2014) is supported by Representative Mark Finchem (R) from Tucson. He stated, “What the IRS has figured out at the federal level is to target inflation as a gain. They call it capital gains.”

Another supporter of the bill, former US Representative Ron Paul, also testified in the Senate Finance Committee in support of Arizona’s House Bill 2014. He said, “We ought not to tax money, and that’s a good idea. It makes no sense to tax money. Paper is not money, it’s a substitute for money and its fraud.”

The Arizona bill, (HB2014), has moved to the Senate Rules committee for further consideration. Click here to download a PDF of HB2014

Under this bill, all gains and losses regarding precious metals that are reported on an Idaho resident’s federal income tax return would then be removed from the calculation of the person’s taxable income. Less than a month later, in March 2017, the Idaho House of Representatives voted to end all Idaho taxation on precious metals, such as gold and silver coins and bars. (The vote was won by 56-13 margin).

“According to the U.S. Constitution, Article I, Section 10, there is only one thing that a state can declare as currency if they think that our federal currency is going out of whack and some might argue that they think our federal currency is going out of whack already ... If we are not going to allow people to declare capital losses on their Federal Reserve Notes or their dollar holdings, it would also be unfair to tax people for their gold and silver holdings. Gold and silver is an alternative to holding Federal Reserve Notes and it is the only alternative that the U.S. Constitution says that the state can allow as another currency. It's unfair to tax it just as [it's unfair] to tax losses on Federal Reserve Notes.”

Other States Move to Remove Taxes on Metals

Not surprisingly, Arizona and Idaho are not alone in this endeavor to remove capital gains taxes on precious metals. In addition to these two states, legislators in Utah and Oklahoma have already enacted similar income tax measures, while Maine, Alabama and Tennessee are currently taking actions to remove precious metals from the sales tax.

In fact, in 2011, Utah was the first state in 80 years to pass a bill that allowed gold and silver to again be legal tender. This past January, Utah introduced House Bill (HB224) that is similar to Arizona’s bill. So today, individuals in Utah can use gold and silver coins to pay either taxes -- or even for goods and services (if both parties are in agreement).

Proponents of eliminating capital gains taxes believe that states are moving forward to because the monetary system in America reduces the purchasing power of the currency – and that negatively affects working people as well as those who try to save their earnings for the future.

Changes in Texas: New Gold Depository on the Horizon

In the state of Texas, House Bill 483 (HB483) was signed into law by Governor Greg Abbott on June 12, 2015. It officially allows for the nation’s first state gold depository to be established in Texas under the supervision of the state’s comptroller’s office.

According to the bill, the bullion depository will be the first of its kind in the United States and will have the capability to hold precious metal deposits owned by several different entities, including businesses, individuals, financial institutions – as well as foreign countries. In addition, the law also introduces the opportunity for account holders to use precious metals for monetary transactions through the depository system.

Receiving approval in both the House and the Senate during the 84th Texas legislative session, the bill’s advocates demonstrated numerous advantages to creating a state-run bullion depository. In his official statement, Governor Abbott explained his primary mission: To bring Texas’ gold back home to Texas.

Essentially, this means that the Texas bullion depository would eliminate the need for out-of-state storage. For example, the University of Texas Investment Management Company’s gold endowment is presently stored in New York, at HSBC’s vault. Worth approximately $660 million, this storage situation involves high fees that are paid for by Texas taxpayers, which would ultimately be eliminated by the depository.

As of April 2017, plans for the depository are presently in progress, and updates can be found on the Texas depository official website: TexasBullionDepository.gov