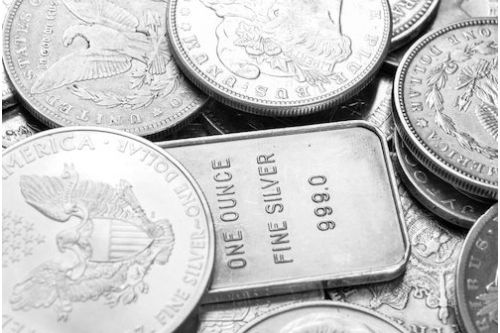 Experts in recent media reports are mentioning silver as having a future that many might not expect. Recent slumps in silver prices might not look promising to some investors, but the fact remains that there is still strong demand for the white metal in many parts of the world. Some investors are choosing to bulk up their precious metals portfolios to include more silver because major emerging economies, such as India and China, have been reported as having a consistent demand for it. By investing in silver, those living in such economies are trying to accumulate wealth that will not fluctuate in value the way that local currencies are known to do, according to an article in The Market Oracle just days ago.

In the Eurozone, economic concerns have caused a slight drop in silver prices worldwide, yet many investment experts believe that this is a buying opportunity for those who want to build a stronger portfolio while prices are competitive. Precious metals always fluctuate, but since silver is being used in the production of Chinese solar cells, this is one more example of a steady demand for the metal that can be a positive sign for investors. On the whole, plenty of those who choose to invest in silver is doing so because they realize the real physical uses for the material make it a reliable choice.

The top world consumer of silver remains the United States, with China growing as a contender for that position. The third and fourth largest consumers of silver are Japan and India, respectively.

"Resurging investor interest and record estimates of industrial demand for silver is another factor to support the prices", noted a commentator at a popular Indian financial publication. With its rapidly growing economy, observers around the world expect that India will become a major world player in the years to come, alongside China, Russia, and Brazil. Since half of all silver produced today is used for industrial purposes, it definitely stands to see a rise in price in the years to come, further sweetening the deal for those investors that want to build a strong long term portfolio, many commentators say.

In the past, silver played a crucial role in photography, but the advent of digital cameras reduced its demand in that industry. Digital photos can be printed without needing silver to help develop the picture. However, the global electronics industry does use silver and growth has blossomed in a big way since the end of the 1990s. Solar panels are another booming market for those that produce silver which promises to expand in the years to come as more nations begin to look for ways to rely less on fossil fuels and more on renewable sources of energy that have a lower level of ecological impact.

Forbes, in a recent article on Silver Wheaton, the largest silver streaming company in the world, noted that they are "structurally bullish" on the company's future outlook. A publication of this standing backing a key player in the silver industry is a good sign for investors all around.