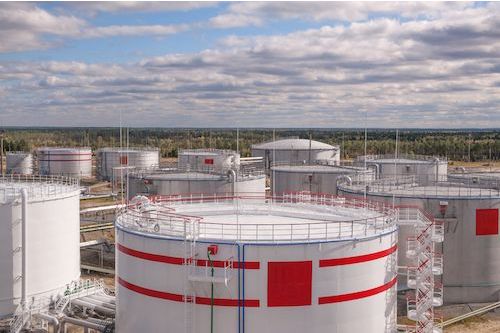 The request is part of an emergency funding request from the Office of the President to Speaker Pelosi “to fund the Government for the rest of the fiscal year (F.Y.) and invest in critical national priorities before the December 16 funding deadline.” The request for SPR funding is on page 28 of 41 in the letter  The stated reason for the emergency requests are "protecting the American people from COVID-19 and saving lives globally; supporting the people of Ukraine, and helping communities across the Nation recover from devastating natural disasters."

The request states that the $500 million would allow the SPR to maintain operational readiness levels and alleviate anticipated shortfalls due to supply chain issues, the Covid-19 pandemic, and related schedule delays.

President Biden said the U.S. would refill the depleted SPR if oil prices reach $72 a barrel. The current Brent price is $89.90. Goldman Sachs predicts the price will climb to $104 before the end of the year.

The depleted SPR couldn’t have manifested at a worse time. The U.S. has a diesel shortage, and most people continue to struggle with unacceptably high inflation. On November 7, USA Today reported that 1 out of 6 households is already behind on their heating bills. The diesel and heating oil are at the lowest levels since 1951. The stockpiles are 15% below the average for this time of year. The Russian trade embargos go into effect in December, which will strain diesel supply chains more before winter. In their November Oil Market report, the IEA said, “The competition for non-Russian diesel barrels will be fierce, with E.U. countries having to bid cargoes from the U.S., Middle East, and India away from their traditional buyers.”

Additionally, Saudi Arabia announced another export cut of 430,000 barrels per day (BPD). The Saudi reduction is part of the two million BPD OPEC+ announced in October. Suppose Goldman is correct about upward oil price pressure, which seems a reasonable conclusion as a winter supply crunch approaches quickly. In that case, it may be a long, cold winter before the SPR refills.

In addition to being potentially disastrous, the timing of the emergency request has terrible optics. There have been multiple questionable behaviors surrounding the SPR reductions. In July, Republican members of the House Oversight Committee sent a letter to the Energy Secretary demanding an explanation why the U.S. sold 900,000 SPR barrels to a Chinese company. The Republicans asserted the company has connections with Hunter Biden’s investment firm. The Republican questions were about why the U.S. sold SPR oil to China. Also, the Republicans wanted to know why the administration sold it to a company that could benefit the President's son. Most analysts agree that the SPR releases were politically motivated to keep oil prices artificially low on election day. The emergency request comes one week after the election and about seven weeks before the budget showdown in December.

Europe has struggled with energy prices and supply since the Russian invasion of Ukraine. For months, some European countries have been rationing energy. Some locals have prohibited hot showers because experts have predicted that the energy supply will only cover about 40% of energy needs in February. Take a moment and imagine what happens if Europe has a frigid winter.

Current European energy prices equal about what $410 per barrel of oil would feel like in the U.S. Inflation in Europe is significantly worse than in the U.S. The IEA thinks the E.U. will get into a bidding war with the U.S., India, and the Middle East for heating oil. How much are the Europeans willing to pay to keep their houses warm and protect their citizens from freezing to death? What will the U.S. have to pay to outbid Europe? What happens to the European economy if their energy crisis worsens? The E.U. is one of the U.S. primary economic and military allies. If the crisis becomes too bad, it could make sense to release some SPR to Europe in the middle of winter. Making sure Europe lives through the winter is the utmost strategic priority for the longevity of the American economy. If the strategic petroleum reserves are empty and U.S. production is limited, how could we strategically help Europe? The point of holding strategic reserves enables one to make a choice. However, the lack of strategic reserves removes good choices from the equation. The U.S. may have some very tough loyalty choices to make soon.

The point of having strategic reserves is preparedness for any emergency. The U.S. is no longer prepared. It has destroyed its preparedness with short-term thinking. Bad energy policy has made the U.S. dependent upon Middle Eastern producers who are shifting their alliances Eastward. They are cutting exports to the West and prices for the East. Learn from America’s mistakes. Don't allow others the power to dictate your ability to choose. Instead, become self-sufficient, ensuring you have strategic economic reserves for any financial emergency. Think of precious metals as your strategic economic reserves. Like the SDR, gold is a commodity you hope you never need. However, if a severe enough emergency arises, you will be glad you have it and miserable if you don’t.

Do you have a long-term strategy? Do you want one?