Barrick-Rangold Merger. What Does it Mean for Gold? 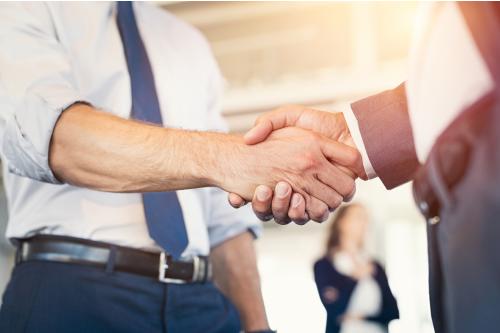 Barrick-Rangold Merger. What Does it Mean for Gold?

Gold Investing Precious Metals
Spend any amount of time skimming business headlines as of late, and you may find yourself concluding that mergers and acquisitions are all the rage these days. Industries from health care to telecom to groceries have all been shaken up and, in some cases, totally transformed in the wake of recent corporate unions. For better or worse, mergers are happening – a lot. But one sector that’s been notably quiet on the buyout front? Mining. Aside from the headline-making announcement last week that Barrick Gold and Randgold Resources are joining forces (pending shareholder approval), the mining industry has been pretty stagnant by way of significant shakeups over the past several years. In the wake of the 2008 financial crisis, gold and precious metals enjoyed a surge of prestige that led to soaring values and all-time-high gold prices. Unmined bullion reserves followed suit, appearing more and more attractive to corporate miners as the world’s fiat money systems crumbled around them. The precious metals business was sitting pretty, and big mining firms were not shy about capitalizing on the upward trend. Many in the industry poured copious amounts of cash into the snatching up of mines and reserves around the globe. This behavior morphed into an industry-wide buying streak that unfortunately didn’t turn out to be quite as lucrative – or even long-lasting – as everyone presumably hoped. Gold prices officially crested in 2012, and as the commodity slid back down the value scale, the rest of the precious metals industry went with it. Many firms who bet big in the mine buying business were left with too many investments that were too low-yielding or even costing them money to maintain. From those peak gold price days until now, the mining sector as a whole has been trudging through a state of clean-up, with many firms back-tracking on their spending sprees and generally cutting costs to balance out their books. Bloomberg reported in January that “billionaire hedge-fund manager John Paulson estimates [the deals of the early 2000s] led to $85 billion of writedowns since 2010.” With so many firms reporting such shortcomings, investor faith in the mining sector understandably sunk to new lows. Lows that the industry still hasn’t been entirely able to get ahead of. In the same article, Bloomberg reports that while there are some signs of an industry rebound, “[return on equity is] still less than half of what it was in 2008." As Matt Badiali, research analyst at Banyan Hill Publishing told The Wall Street Journal in March, “It takes some momentum to get people to come back to a sector that has been beaten as badly as mining has.” Investor demand dipped due to unimpressive returns, and the industry is still figuring out how to recoup. Interestingly though, we continue to see a disparity between share prices of mining companies and spot prices of the gold commodity itself. Gold and precious metals have generally maintained healthy values over the past couple years, giving many mining corporations room to breathe and ability to pick up the pieces of their flailing balance sheets without the added pressure of higher production demands. Companies have corrected course in some ways, but even with the few glimmers of hope like the Barrick-Randgold merger, the industry as a whole just hasn't gotten entirely back on its feet yet. So what does this mean for your gold coins and bars? So far, not much. We’ve seen precious metals commodities slowly trending upward over the last couple years after bottoming out in 2015. If the actual mining of gold and other metals doesn’t return to 2010-2012 levels of production, it’s not clear that that would necessarily mean doom and gloom for respective commodity prices. Just one positive outcome of stagnant supply levels could be higher demand and presumably, increased value, for those precious metals pieces already in play. We’ve also seen upward trends in the amount of gold and precious metals countries are buying to bolster their physical asset reserves. Macquarie Group Ltd. strategist, Matthew Turner, noted in this recent report that upticks in government spending on precious metals – particularly, in this case, Poland’s “charge into gold” – “suggests [that] gold’s appeal to central banks might be widening.” Such large-scale, government-backed buying could also potentially contribute to stagnating supply levels for the individual investor, again possibly translating into a positive impact on the value of the precious metals themselves. So in short, while the state of the mining industry is undoubtedly something to watch, it’s not clear at this point that its lackluster appeal – whether or not it continues – has or will have a negative influence on the value of your precious metals investments. Any way you slice it, gold and other hard metal assets will always have intrinsic value and therefore, generally remain worthwhile investments that stand the test of time.
Posted in: Investing Silver Gold
by United States Gold Bureau
Did you like this post?
0