Own an Athenian Owl From Ancient Greece 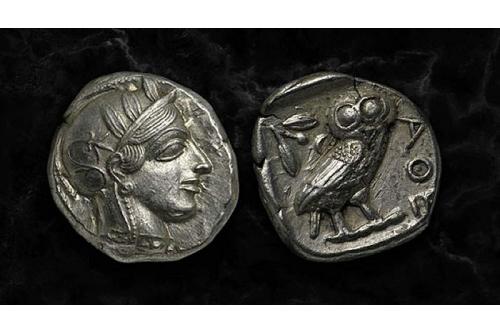 Own an Athenian Owl From Ancient Greece

For some, the thrill of coin investing is all in watching markets ebb and flow, anticipating the Mint’s next big release, or rounding out a years-in-the-making full series run. Investing in pieces from the modern era can indeed be an exhilarating endeavor, but there is a particular thrill that comes from seeking coins from periods past. Hunting down the ultimate rare relic and getting to share in a piece of human history are unique joys brought about by ancient coin investing.

To satisfy this unique draw, the United States Gold Bureau has introduced a new batch of ancient coins to our available inventory. Clients can now explore an even broader range of ancient precious metals pieces in addition to our vast array of ancient and modern issues already on offer.

Among this new crop of historical relics is one of, if not the most recognizable ancient coins on the market – the Athenian Owl tetradrachm. Struck for more than 400 years beginning around 512 B.C., the Owl tetradrachm of Athens quickly rose to monetary dominance and helped position the city as a financial and political powerhouse across the Greek world and beyond.

To many, the Owl tetradrachm outpaces many, if not all other ancients in terms of historical and cultural significance.

Even President Theodore Roosevelt was a fan of the Greek coinage and would carry an Owl tetradrachm around with him regularly. He was so enamored with the piece that he embarked on a journey to “beautify” American coinage – an endeavor that would, in some ways, become a hallmark of his presidency. 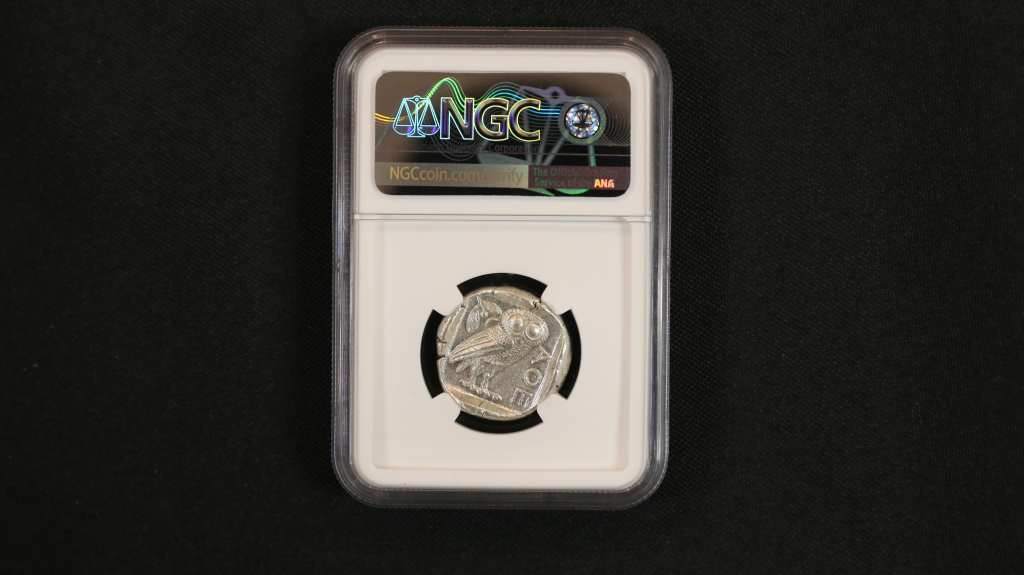 History of the Athenian Owl Tetradrachm


The Athenian Owl tetradrachm was minted for more than four hundred years, beginning around 512 B.C., replacing its heraldic-era predecessor, the didrachms. Following the city’s defeat of the Persians at the Battle of Marathon in 490 B.C., Athens moved into a “golden age” during which it enjoyed status as the principal municipality of the Greek world. Athens also controlled the nearby Laurium silver mines and as a result, was able to produce and distribute high-quality silver coinage such as the famous Owl tetradrachm and further bolster its reputation as the financial leader of the region.

In addition to being the physically largest silver coin of its time, the Owl tetradrachm possessed a high monetary value, and as such, was used primarily in large-scale dealings such as construction financing – including the building of the Acropolis and the Parthenon – enterprise commerce, trade with other governments and funding of wars.

The ancient Athenian Owl tetradrachm is four times the value of its smaller-valued counterpart, the drachma. Since today’s economies are vastly different from those of eras past, it can be difficult to translate ancient currencies into modern-day terms. Some experts, however, have suggested that a 5th century B.C. drachma equated roughly to 25 1990 U.S. dollars, or 46.5 2015 U.S. dollars. Others have provided context from the purview of ancient society, relating one drachma to the daily wage of a skilled worker or hoplite, or a “citizen-soldier of Ancient Greek city-states who were primarily armed with spears and shields.” Further expert commentary has suggested that one-half of a drachma each day “would provide ‘a comfortable subsistence’” for Greek people of the time. With these definitions, someone earning the equivalent of a tetradrachm would be living quite a comfortable life, relatively speaking.

The Athenian Owl tetradrachm would remain the dominant currency force in the region and many Greek-influenced Asian areas until Roman coinage replaced it in the 1st century B.C.


Design of the Athenian Owl Tetradrachm


The ancient Athenian Owl tetradrachm underwent several design shifts from inception through the end of its lifespan. While Owl tetradrachms would quickly become the reigning coinage of their day, early issues of the coin were of subpar quality and design. The coin was quickly refined, becoming more stylistically and artistically impressive over the next few decades. The Owl's design was revised again during the early Greek Classical period, and coupled with exponential increases in production levels, gained widespread prominence.

The Athenian Owl tetradrachms also popularized the practice of using a coin's obverse as its "head” where an image of whomever was being honored would be struck, and the reverse as its "tail.” The exact rationale for this terminology is not fully known, but it stands to reason that the “heads” is referred to as such due to the presence of a person’s or god’s image, most often, that person’s head. “Tails” could derive from the use of animals on the reverse of a coin, or perhaps more simply from its being the opposite or “tail end” of the obverse.

In addition to artistic changes, the Athenian Owl also endured some physical alterations along the way. Classical tetradrachms were produced from condensed flans – an older term for the more common “planchet” or coin blank – and often had a bulging obverse that was many times too large in design for the coin. The reverse was high relief and potentially appeared within a deep concave due to the coin die’s shape. The coin later transformed into a flatter and broader iteration during its “New Style” era. 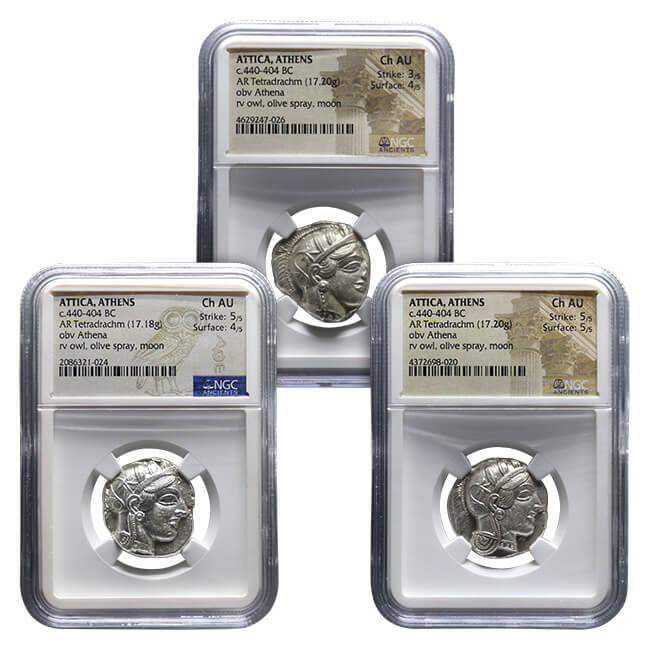 Despite the coin’s many revisions, the general design concept remained the same. The Owl’s obverse depicts a profile portrait of the Greek goddess Athena, who represents wisdom and warfare. The two ideals are portrayed via Athena’s large, almond-shaped eyes, representing wisdom, and the crested war helmet she dons, representing war. Athena's image appears in an "old-style" artistic iteration, complete with an archaic smile stretching across the goddess’s face.

On the reverse lies the famous Owl from which the coin's colloquial moniker derives. While the Greeks did not necessarily consider birds to be divine, many of the culture’s gods were associated with a symbolic animal counterpart. In the case of Athena, the animal counterpart was the small Athene noctua owl found throughout the Mediterranean region. The exact reason for the association is still disputed today. Some mythology experts purport that Athena is descended from a Minoan palace goddess who was associated with birds, while others tie the relationship to the large numbers of little owls in Ancient Greece.

The Owl appears alongside a two-leaf olive sprig, representing olives and olive oil, one of the primary exports of Athens. Additionally, a crescent moon-like shape also appears on the reverse, perhaps symbolizing the Greeks’ victory over the Persians in the 480 B.C. Battle of Salamis or even the victorious Battle of Marathon in 490 B.C. Both battles supposedly took place under a waning quarter moon. Some speculate that the crescent moon is associated with nighttime, during which owls are most active. Running vertically along the right edge of the image appear the abbreviation “ΑΘΕ,” short for “ΑΘΕΝΑΙΟΝ” meaning, “of the Athenians.”

Ready to invest in your own Athenian Owl tetradrachm? Give our team of Precious Metals Experts a call today to learn more (800-775-3504)!