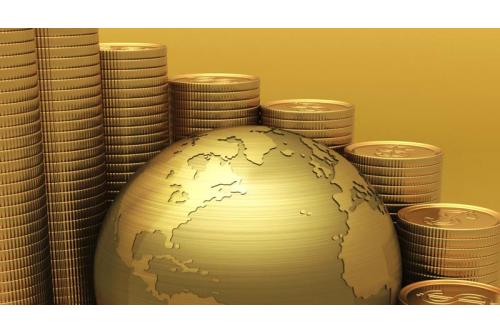 Gold Prices Gold News
June 25, 2012 - Good things are being said about gold this June as analysts continue to agree that 2012 is going to be an excellent year for gold prices. The yellow metal has been climbing at a steady rate session after session. Analysts believe individuals with gold in their portfolio will be seeing a significant rise in the value of their holdings, and assets as a whole. For those investing in gold, the poor job numbers in the US mean that more investors are grabbing up gold while they can and sending prices steadily higher, something that reinforces the widely held belief that precious metals are a good asset to hold on to even when macroeconomic changes may make other assets far more volatile. A columnist at GoldCore reported the following:

"Gold is being aided by suggestions that the Fed will employ more QE thereby further debasing the US dollar."

Even if the dollar and other world currencies see a dip, holding onto gold makes sense. Some of today's analysts readily admit that there is a correlation in how the value of gold rises as currency values dip. This is why even massive billion-dollar hedge funds hold gold assets as a way to diversify their portfolios and shore them up against unexpected changes in the rest of the investments they hold. Most of those investing in gold today report taking cues from investors of this scale because those funds employ teams of experts who are not only highly experienced but well educated in the nature of economic changes. For gold investors, these announcements act as guideposts in where they should go with their own precious metals portfolios. The crisis in Greece is reportedly having an impact on the global economy and many nations' central banks are bracing for a credit squeeze. Elections in both France and Egypt also have implications that could cause this to take place if investors get nervous. It's well documented that gold bullion and silver bullion both climb in demand during times of uncertainty. With upcoming elections in the United States nearly guaranteeing some investor paranoia, gold prices should continue to see a rise all the way to the end of the year. Japan also appears to be making some changes because the yen is no longer considered to be a safe option for investors. This means good things for gold as Japanese investors, as well as global investors in the yen, look to shift their investments to more stable precious metals holdings. Risks in the euro, the yen, and the dollar are coming together to indicate great things for gold investors who have been quietly adding to their holdings over the past few years. For those looking to get in on gold, analysts are suggesting that now could be the right time. Opportunity is here and prices will only rise from here on out. To learn more about investing in gold with the U.S. Gold Bureau, which offers a 100% authenticity guarantee on all purchases, request a free investors guide.
Posted in: Investing, Gold
By U.S. Gold Bureau
More from this author
Did you like this post?
0
0
Search The Blog
Categories
Recent Posts