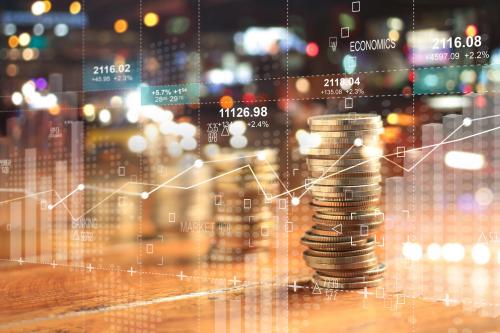 Gold prices are up 4.7 percent this quarter and at their highest level in five months, keeping gold on track to beat stocks this year for the first time since 2011. Volatile markets and the ongoing trade war between the United States and China have continued to boost investor’s demand for gold. Stocks, bonds and commodities continue to be affected by ongoing trade tensions, driving some nervous market participants into the safe arms of gold. 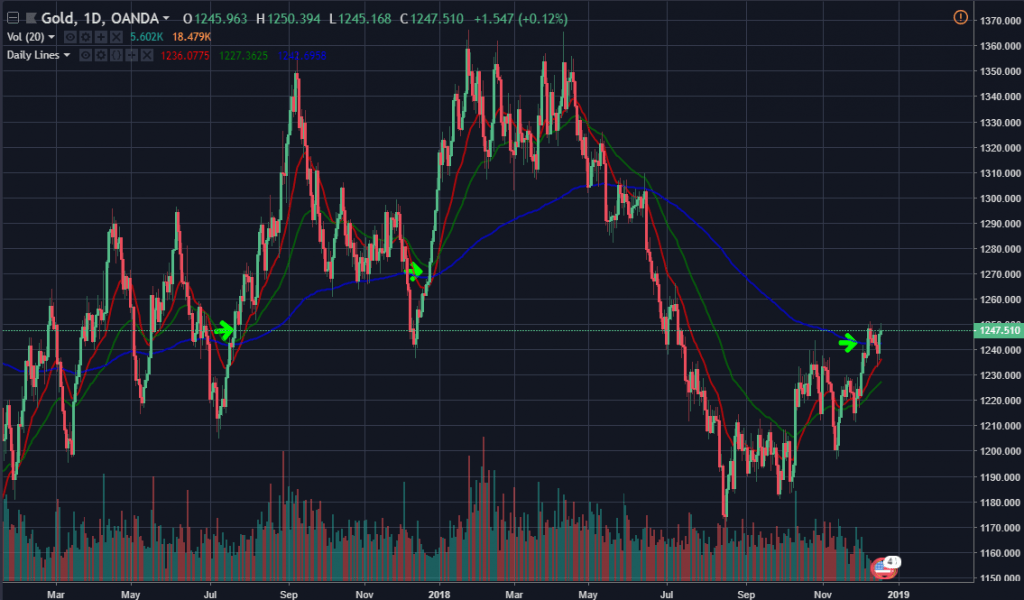 Gold is oscillating around the 200-day and week moving average. The 200 day and 200 week moving average are commonly used in trading to determine the general market trend. As long as the price remains above the average on the daily time frame, the asset is generally considered to be in an overall uptrend.

And while gold has performed well this past quarter, other metals aren’t quite keeping up either. Prices for silver are roughly unchanged this quarter despite concerns of slowing global growth and its primary use in manufacturing. Platinum has barely bounced from a ten year low amidst worries over demand for diesel-powered automobiles, which uses the metal as a component in catalytic converters.

The one standout has been Palladium as it has risen 11 percent this quarter due to supply shortages.

Ira Epstein, a strategist with Linn & Associates, is advising clients that gold, platinum, and palladium will appreciate in the coming months, as slowing growth in the US forces the Fed to raise rates at a more gradual pace.

As we look back on 2018, it is apparent that this year was the year of stock buybacks. In the first half of 2018, there were $384 billion in stock buybacks within the S&P alone. In the second quarter, several major S&P companies bought stocks back from nervous shareholders including, Apple, ($21.9 billion bought back) Cisco Systems, ($6.1 billion) and Union Pacific ($5.5 billion) In theory, if business lacked the liquidity to buy back stock, the market would be in much worse shape.

Some analysts believe that 2019 will be the year of “no liquidity” with indicators of a recession potentially looming in the upcoming calendar year. As many large companies were able to salvage what they could at the beginning of 2018, experts believe that these companies will not have the same luxury come next year. No liquidity for these companies means more volatility to an already uncertain market as we approach what could be a historically bad end to 2018.

To add onto the beating the market took earlier this year, the S&P 500 has fallen 13 percent since the beginning of October, pacing it for what could possibly be its worst quarter since 2011. Pair this conclusion to the year along with a lack of buyers and a lack of liquid cash and investors can expect for stocks to be even more volatile and their values to go downward.

More and more hedge funds and speculative investors are beginning to believe that making the bullish bet on gold could pay off, as bearish wagers are being outnumbered for the first time in five months according to Commodity Futures Trading Commission data.


Interest rates are on the rise once again


Interest rates are on the rise once again on Wednesday, as the US Federal Reserve raised interest rates, as expected. The Central Bank said the US economy has been growing at a strong rate as it noted that some further gradual rate hikes would be needed- a subtle change that suggested it was preparing to stop raising borrowing costs.

This is the Fed’s fourth rate hike of 2018. It did, however, forecast fewer rate hikes in the upcoming year and signaled its tightening cycle is nearing an end in the face of financial market volatility and slowing global growth.

The markets did not respond well to the Federal Reserve’s announcement today, as US stocks dipped to the day’s low and the S&P Index briefly turned negative.

Jamie Cox, managing partner at Harris Financial Group in Richmond, Virginia commented on the Fed’s decision saying, “It’s not as dovish as expected, but I do believe the Fed will ultimately back off even further as we move into the new year.”

Should the Fed apply a more gradual approach toward raising interest rates in the upcoming year, it could potentially be a boon for gold, which struggles to compete with yield-bearing investments when rates rise. More modest US rate expectations would make the dollar less attractive while also potentially mitigating the currency’s recent strength in global markets and thus buoying gold.


At this time last year, the market hedge play was thought to be Bitcoin and other cryptocurrencies, but at present, while some crypto coins have maintained a non-correlational movement with equities, they haven’t offered the hedge support that many hoped. They certainly have not offered any hint towards a safe haven from inflation form government tensions.

The non-correlational, inflation hedge asset we’re looking at once again is gold. Based on recent activity, it has once again returned to its place as a diversifier and safe haven for those worried about inflation.

As the possibility of a market correction looms in the new year, many are already protecting their wealth in precious metals as their worth continues to trend upwards.

Posted in: Investing, Silver, Gold, Platinum
By United States Gold Bureau
Did you like this post?
0
0
Search The Blog
Categories
Recent Posts