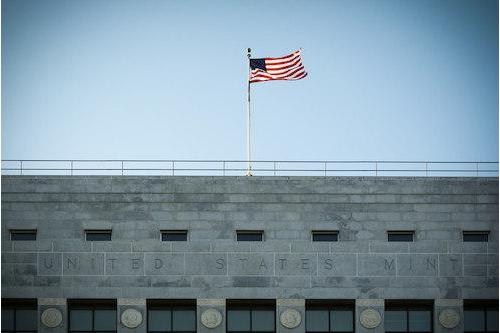 Everybody has their favorite coin. Some people focus on the artistic quality of the original engraving. Others care more for their ability to appreciate in value over time. And still others rely on the emotional response they give, just by holding the coin in your hand.

For this list, we’ve taken into consideration all of these factors to compile a list of some of the most notable coins of the modern era. Whether lauded for their cultural, social, or historic virtues or praised for their contribution to the numismatic world, the 10 “must-have" coins outlined below are important precious metals pieces for the 21st century.

Read on to learn more!

In 2010, the U.S. Mint launched its America the Beautiful Quarters Program.  The series was developed as a way to honor the National Park system established by President Theodore Roosevelt and also celebrate subsequent efforts to preserve the natural beauty of our land. Today, we see the fruits of those decades of work born out in the impressive network of natural and historical parks and attractions that span our great nation.

The program is structured to roll out in annual installments over 12 years, resulting in 56 distinct designs across the entire series. Each unique coin design features a national park, site, or historical monument in one of the 50 states, Washington D.C. or a U.S. territory.

Most people are familiar with the America the Beautiful circulating quarter-dollar coins, but few realize that each quarter is also being remade in a 5oz pure silver version as well. This marks the first 5oz coin ever made by the U.S. Mint. As large as the rim of a coffee cup, the size of this coin lands it on our “must-have" list.

As the Director of the United States Mint, I was proud to preside over the American Eagle silver proof coins becoming one the world’s most popular silver coins.  The obverse features the iconic image of Liberty walking toward a sun rise embodies the beginning of an era of freedom and democracy.  And for the first time since the coin’s creation in 1986, the heraldic eagle featured on the reverse will change in 2021, making the final year of the old design very special to me and other collectors and investors. - Ed Moy

The 2019-S Silver American Eagle Enhanced Reverse Proof was one of the most anticipated Mint releases of 2019. For the first time in its more than 200-year history, the U.S. Mint employed the strikingly beautiful and highly precise Enhance Reversed Proof finish on one of its American Eagle coins.

While this "first-ever" title alone is typically enough to land a coin on any "must-have" list, the 2019-S Silver American Eagle Enhanced Reverse Proof is appealing in a multitude of other ways. For example, the 2019-S Silver American Eagle's production quantity was capped at the incredibly low level of 30,000 coins, making it quite rare in the investment market. This mintage cap is the lowest of any American Silver Eagle to date, rivaling other highly sought-after coins throughout history, such as the 1995-W Silver Eagle Proof.

On top of all that, the 2019-S Silver American Eagle Enhanced Reverse Proof, as the “S” in the title would imply, was struck at the San Francisco Mint, a historical outpost boasting a revered legacy and almost cult-like affinity within the numismatic community.

All these factors come together to make the 2019-S Silver American Eagle Enhanced Reverse Proof coin a bona fide stunner, landing it on our "must-have" list.

The year 2014 marked the 50th anniversary of the release of the Kennedy half-dollar, a coin that memorializes the tragic assassination of our country’s 35th president, John F. Kennedy.

The U.S. Congress authorized the coin a mere month after President Kennedy’s assassination. Just three months later, the U.S. Mint released the coin -- a true sign of the cultural and historical importance of the event.

Upon their release in March 1964, the Kennedy half-dollars were met with incredible fanfare, selling out by the end of their first day of sales and leaving many Americans empty-handed but still looking to buy. As a result, the U.S. Treasury raised the coins’ mintage cap to 141 million, up from the original 91 million, but the increase still couldn’t quell the American people’s demand for the coin. When it became clear these Kennedy coins wouldn’t last long, many Americans began hoarding the half-dollars, leading to their relative scarcity in U.S. currency circulation.

Much like its mid-century silver predecessor, the 50th Anniversary Kennedy Gold Half Dollar Proof was met with intense popular demand upon its release in 2014. The frenzy surrounding its launch has cemented this gold beauty as an important investment piece in 21st-century numismatics.

The America Eagle platinum proof coins are some of my favorite coins.  Because the authorizing legislation gave the United States Mint flexibility in some of the designs, when I was the Director, I chose to explore designs that illustrated the preamble to the Declaration of Independence and encouraged Mint artists and engravers to be creative.  The result was unique designs, relatively low mintages, and one of the most popular platinum coins in the world. - Ed Moy

More than a decade after gold and silver American Eagles were released to the public, Congress authorized production of the nation’s first-ever official platinum coin, the Platinum American Eagle. In addition to the bullion strike coins, the U.S. Mint created a proof version of the coin, with mirror-like fields and frosted devices.

Being the first in the series lands the 1997 Platinum American Eagle Proof set – or any of the individual coins issued that year – on our "must-have" list. Furthermore, the 1997 one-ounce issue, with its $100 face value, marks the first time a U.S. coin has ever carried such a high denomination, making this particular coin uniquely appealing.

Adding to the series’ draw is its changing design every year, the only U.S. American Eagle coin to boast this feature. While artistic shifts over the series’ tenure have primarily been seen on the coin’s reverse, the 2018-2020 “Preamble to the Declaration of Independence” series features new designs on both sides of the coin for each year of the trilogy.

Marking the 225th anniversary of its founding, the U.S. Mint in 2017 took what U.S. basketball star, Kareem Abdul-Jabbar, described as “a bold and refreshing” step forward in striking, for the first time, an African-American representation of Lady Liberty on one of its official coins.

The 2017 American Liberty 225th Anniversary Gold Proof Coin is the first in a series of coins to expand the vision of who Lady Liberty really is. Subsequent coins will feature Asian, Hispanic, and Native American iterations of Lady Liberty.

Additionally, the 2017 225th American Liberty Gold Proof Coin is a strikingly beautiful coin and the first high-relief proof ever produced by the U.S. Mint.

The year 2001 marks the first and only year the U.S. Mint issued an official legal tender Silver American Buffalo coin. The coins were struck at the Philadelphia Mint and developed to commemorate and raise funds for the Smithsonian National Museum of the American Indian.

In its authorization of the 2001 $1 Silver American Buffalo, Congress set a mintage cap of 500,000 total coins. A little more than half of this half-a-million-quantity pool was reserved for Proof strikes. Out of the 272,869 Proof coins produced, only 1,617 would go on to be graded at the highest PF70 level, making the 2001-P Silver American Buffalo Proof 70 one of the rarest modern certified coins in U.S. history.

In a nod to the artistic legacy of American coinage, the 2001 Silver American Buffalo dollar coins were modeled after James Earle Fraser’s 1913 Buffalo, or Indian Head, nickel. This early 20th century 5-cent piece showed a Native American man on the obverse and a bison on the reverse. Much confusion surrounded both the obverse and reverse designs of Fraser’s Buffalo Nickel and the designer himself did little to clarify things. Fraser often contradicted his own explanations of how he came to develop the Native American portrait struck on the obverse of the coin, sometimes citing specific Native American men, and other times claiming he couldn’t recall whose image he used for inspiration.

For his reverse design, Fraser claimed to model his bison motif after an American buffalo named Black Diamond, who, Fraser noted, was kept at the Bronx Zoo. Despite these claims, historians have pointed out that Black Diamond never lived at the Bronx Zoo but was kept at the Central Park Zoo. Some have also pointed out that the placement of the horns in Fraser's buffalo image differ too much from how Black Diamond’s appeared in actuality, leading to doubts that Black Diamond was Fraser’s inspiration for the nickel’s reverse design at all.

The Gold American Buffalo Proof is a striking coin that continues to attract investors and numismatists of all backgrounds, thanks to its beauty and historical significance. The series, begun in 2006, is unique in that it represents the first time the U.S. Mint produced a 24-karat gold coin for public investment.

Nearly a decade after the turn of the 21st century, the U.S. Mint released what many investors believe is the most beautiful official U.S. coin ever struck: the 2009 Ultra High Relief Double Eagle Gold Coin.

According to the Mint, the 2009 Ultra High Relief Gold Double Eagle “shows the Nation and the world the very best the United States Mint has to offer.” Through “21st century technology and the vision of Director Ed Moy,” the Mint developed plasters for the 2009 coin by digitally mapping Augustus Saint-Gaudens’ original 1907 design onto present-day dies, finally bringing to life the quality of strike the artist longed for. Like its 21st century counterpart, the pre-1933 double eagle designed by Saint-Gaudens is thought by many investors and numismatists to be the most beautiful of all the pre-1933 U.S. coins.

The year 2017 marked the first time in its history that the U.S. Mint issued an official palladium coin – the Palladium American Eagle. The next year, it followed with the first proof version of the coin.

Like many others on this list, being the first of its kind makes the 2018 Palladium American Eagle Proof a “must-have" precious metal piece for 21st-century investors.

Struck in the High Relief finish, the 2018 Palladium American Eagle Proof features a replica of Adolph A. Weinman’s “Winged Liberty” design originally struck on the 1916-1945 Mercury Dime. The early 20th century 10-cent piece came to be known by its colloquial moniker, “Mercury Dime," under a widespread mis-association. In his design, Weinman depicts a young Lady Liberty donning a winged Phrygian, or "liberty cap," hence the term, "Winged Liberty." This cap, however, became mistakenly associated with the Roman god, Mercury, who wore a winged helmet and sandals, and led to the coin’s misleading nickname, “Mercury Dime.”

Only 15,000 of these inaugural palladium beauties were struck, making the 2018-W Palladium American Eagle Proof an attractively rare investment coin.

Topping our list of “must-have" investment pieces is, to use a cliché, the one that “started it all”: the 1986-W Gold American Eagle Proof. This symbol of artistry and ingenuity paved the way for what has evolved into an impressive suite of numismatic artifacts that represent the best of modern-era American coinage.

Being the inaugural issue of what has grown into the United States' signature investment coin program lands this gold beauty a well-deserved first-place spot on our list of "must-have" modern coins.

Proof 70 Population: 3,848
The American Eagle gold proof coins have one of the most iconic designs ever made: Liberty being led by enlightenment and bringing peace, bringing democracy into the world after being established in America, symbolized by the U.S. Capitol.  Every time I see this coin, I’m reminded of the ideals our country were founded on. - Ed Moy
Posted in: Investing, Silver, Gold, Platinum, Palladium
By U.S. Gold Bureau
More from this author
Did you like this post?
0
0
Search The Blog
Categories
Recent Posts