Silver is one of the world’s oldest known and highest regarded precious metals. Aside from its broad applicability in industries like healthcare, jewelry, and manufacturing, silver is known for its monetary role in currencies across the globe. Read more about silver world coins here.

Silver is one of the seven metals of antiquity and has been regarded as a store of wealth for more than 2,500 years. Like other precious metals, it boasts intrinsic value, is produced in tangible forms and is well suited for investment purposes. Setting it apart, though, is its relative abundance and affordability compared to other precious metals, often making it a more attainable foray into the silver market for many buyers. Silver is cast in the United States in a variety of fashions, from bullion bars to commemorative rounds to investment coins. While domestic silver is a worthy asset in its own right, frequently topping investments lists are silver coins from around the globe. Canada, Australia, England, and even Austria are distinguished producers of these so-called “silver world coins,” with many other countries also throwing their hats into the international coinage ring.

Mints of all shapes, sizes, and affiliations exist around the globe. Some are government-run, some are privately owned and government-commissioned, and some are stand-alone outfits altogether.

The U.S. Gold Bureau offers coins from some of the most reputable, government-backed mints operating today. The Royal Canadian Mint, whose signature bullion offering is the famed Maple Leaf series, is one of the modern coin market’s highest regarded mints, boasting impressive technology and vast international supplies. On the opposite end of the globe is The Perth Mint, which serves as Australia’s official bullion coin supplier and produces many industry favorites such as the silver Kangaroo, Kookaburra, and Koala series. In Europe, the Austrian Mint is gaining esteem for its exceptional design capabilities, which are evidenced by pieces like the Silver Philharmonic Coin. But perhaps the most significant of all is The Royal Mint of Great Britain. Founded more than 1,100 years ago, The Royal Mint is the only operation to produce coins for England and is wholly owned by Her Majesty's Treasury. The Royal Mint also exports coins to upwards of 60 countries annually, furthering its influence and securing its role as a vital player in the precious metals industry.

These mints produce coins made of high-quality silver, typically measuring .999 or .9999 fine. Investing in world pieces is an excellent way to diversify asset portfolios and decrease dependence on often more volatile markets. Plus, many of the silver world coins offered by the U.S. Gold Bureau are backed by their home governments.

Some silver world coins may also be eligible for inclusion in U.S. self-directed IRAs. Visit our products’ individual pages to learn more.

Is it wise to invest in silver?

Silver is durable, resistant to decay, and widely applicable. It can be melted down and converted into alternate forms without changing its inherent value. It is more abundant than other precious metals and often proves to be more attainable for investors of all levels. Silver coins are also relatively small and easy to hold, store, and transport.

Silver itself is a tangible asset with intrinsic worth and general regard as a valuable commodity. It has been used as a commercial vehicle for several thousands of years. Its legacy, longevity, and renown have bolstered the precious metal’s reputation as a hedge against inflation.

Silver is natural in occurrence and finite in quantity, meaning unlike today’s paper money, its supply can’t be increased arbitrarily. Producing more silver coins requires more mining of the metal, whereas supplying more U.S. dollars can mean merely printing more paper bills. Today's fiat money systems don't necessitate substantive backing, making them prone to volatility, bouts of turmoil, and even catastrophic downturns. The fact that silver is a physical commodity decreases the opportunity for inflated values and contributes to its stability, especially compared to other non-physical assets.

Studies and market performance have shown that precious metals like silver are one of, if not the only asset class to enjoy a positive correlation coefficient with inflation, meaning that when inflation in fiat currencies goes up, so too does the value of precious metals. While both paper money and legal tender coins are associated with their countries of issuance, the value of paper money can be affected by that nation’s reputation, economic strength, and even global impact. As such, geopolitical, social and other disturbances can lead to turbulence in mainstream systems, resulting in drops felt amongst asset classes outside of precious metals.

What is the value of silver coins?

While often issued as legal tender in their home countries, silver world coins serve as bullion investments in the United States, meaning domestic systems don't recognize them as settlements for daily transactions.

Bullion derives its value from the amount and purity of precious metal contained within a piece, and other factors like face value, market supply, and investor demand do not play as much of, if any, role. Bullion is regarded as a commodity and is traded on the commodities markets. As such, the value of a bullion coin is inextricably tied to such exchanges and fluctuates up and down in tandem with them.

What designs are on silver world coins?

Adding silver world coins to one’s investments not only brings value diversity to the holding but also introduces varying aesthetics into the mix. International law doesn't dictate coin design, and appearance of global coinage, as a result, ranges vastly. There are, however, some trends that seem to influence coin design choices perpetually. Although by no means a rule, we do see many world coins boasting portraits of their ruling leader on the obverse, and some recognizable symbol representing their home country on the reverse. Typically, coins will include inscriptions of their home countries’ names, precious metal finesses, face values denominated in national currencies, and perhaps even other identifying information. Some coins boast dense motifs that occupy entire surfaces of the piece, while others employ less detail and more negative space.

Some international coins even look to popular culture for design inspiration. Superheroes and film characters have landed on many a world coin, delighting buyers and adding a bit of amusement to the industry.

Whatever the case, international coins sold through the U.S. Gold Bureau are stunning works of art, worthy of holding a spot in any investment portfolio.

Overall, looking beyond borders and tapping into the international coin market opens investors up to more asset choices while also allowing them to stake a claim in the financial, historical and cultural aspects of countries beyond their own. 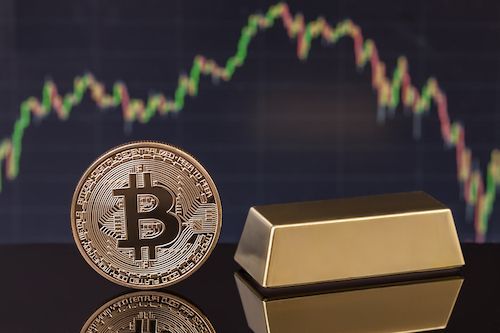 And Then There Were None
Cryptocurrencies are in turmoil; meanwhile, precious metals investors continue to sleep soundly while holding tangible assets in...
Read more
Posted in: Investing Market Alerts 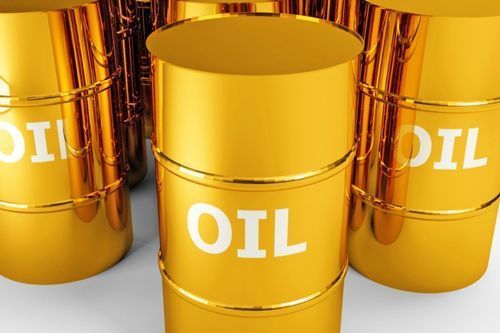