The West Point Mint: Where Many US Proof Coins Are Struck 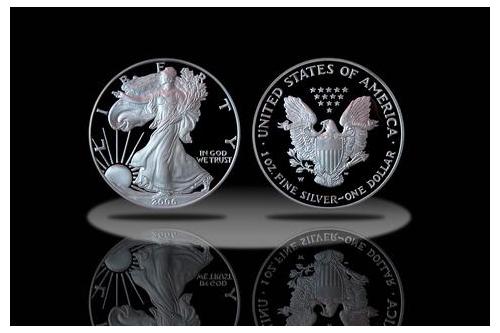 The West Point Mint: Where Many US Proof Coins Are Struck

The West Point Mint, located in New York, is primarily a producer of uncirculated commemorative and proof coins today. It is one of the lesser known mints, but coins it has struck are recognized because they bear a W mint mark.

For collectors of US gold coins, the West Point Mint is very important because today it produces not only American buffalo gold bullion coins, but all American Eagle coins, including series proof and bullion coins.

In addition to gold coins, those buying coins of the commemorative type will most likely recognize it as a mint that produces silver and platinum coins too. This is a highly secure facility whose address is not released to the public. It has a fascinating history behind it. Since it never offers tours, a chance to learn about it is definitely something to take advantage of.

The West Point Mint was built in 1936 before it minted proof coins, it was known as the West Point Bullion Depository. Though it is now known for producing US gold coins, it was home to the highest concentration of silver of any of the US mints which caused some to call it the Fort Knox of Silver. While people buying coins today will likely have at least seen offers of coins coming from this mint, when it was first constructed it did not have mint status, primarily acting as a storage facility for the substantial silver holdings of the US instead.

Beginning in 1974 and continuing through 1986, this mint began to produce Lincoln pennies, but since these did not bear the distinctive W mint mark, they are not able to be told apart from those produced in Philadelphia during the same time period.

Between the years of 1977 and 1979, Washington quarters and Bicentennial quarters were both produced here too. The W mint mark finally got used for the very first time in 1983 when the West Point facility, which was still not officially a US mint itself at the time, produced the first gold coin that was legal tender in the US since half a century prior. The coin was worth ten dollars and its design commemorated the 1984 Olympic Games which took place in Los Angeles.

By 1988, the West Point facility would finally be recognized as a branch of the US Mint and it has continued to produce high-quality beautiful coins since that time, but almost all are for the collector's an investor's markets. For such a nondescript building, located on 4 acres of land and guarded by security perched in turrets, it certainly has played an impressive role in the history of US coinage.

Being able to add coins with the W mint mark to one's collection is definitely exciting due to the fact that not that many such coins exist compared to the more popular mints such as those in Denver, Philadelphia or San Francisco.

For those who enjoy collecting proof or commemorative coins, West Point Mint is an excellent source of these and will definitely be important to collect. It's made many special coins so far and is likely to produce plenty more in the future as well. It's still an important depository for federal gold bullion holdings and that alone makes it an important national asset.

Posted in: Investing, History, Silver, Gold, Platinum, Palladium
By U.S. Gold Bureau
More from this author
Did you like this post?
0
0
Search The Blog
Categories
Recent Posts