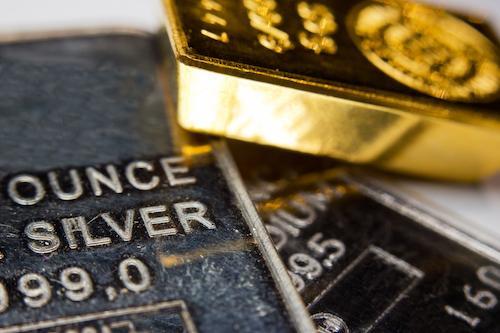 Gold and silver are looking better and better to investors around the world due to instability in the eurozone and news that the job market in the United States is still looking less than robust.

Gold prices have historically had a tendency to rise when other areas of the economy are not doing well; 2012 appears to be flowing along the same way in regards to those prices. Three of the largest central banks in the world - the Bank of England, the People's Bank of China and the European Central Bank - have all lowered their interest rates to try to encourage positive growth in the eurozone and the precious metals market.

With unemployment in the eurozone now reaching record levels, many investors may be feeling that this quarter is the time to stock up on gold, silver and platinum as a way to counterbalance against potential instability in the future.

The actions of the three big central banks means those holding silver and gold might feel more optimistic about investing in stocks in Europe, but at the same time, the report of low job growth in the US means that the nation is seen as less of a safe haven than it was before. Four major nations are working to devalue their currencies so that they will have an easier time paying off debts which continue to mount higher.

While currency devaluing can stimulate growth in an economy such as the US, the EU, Japan or the UK - the four nations doing so today - it is not always good news for investors; taking a hard look at the precious metals market is often what they end up needing to do. Some are going so far as to say that a "pandemic meltdown" could occur if the global situation does not improve shortly.

Politics could come into play as the year 2012 is reaching an end, especially in the US. Since it is a US election year, volatility in the markets is to be expected and further news that inflation could result from additional printing of money by governments around the world is making gold, silver and platinum look like safer choices for investors.

While printing more money is understandable for a national economy as a whole, for private citizens who are investing in that economy, the results can be devastating if they have not properly diversified their portfolios.

Analysts continue to talk about the value of precious metals as diversifying agents in a portfolio and an important way to guard one's wealth against macroeconomic fluctuations. Time and time again, investing experts say that the real value of these investments comes down to their inherent stability and ability to reduce losses at the portfolio level, shielding those who would otherwise be ravaged by stock market crashes or currency devaluation.

For those with cash holdings they worry about, it just may be the right time to pick up a few solid assets mined directly from the Earth.