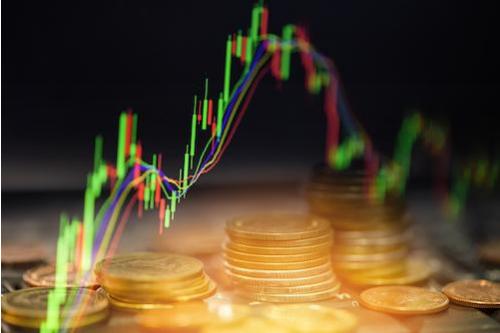 The greatest danger of investing in the stock market isn't merely that it can go down. The market goes down often and sometimes recovers relatively quickly. Those kinds of drops are often seen more as an opportunity than danger. If you have recently arrived in the world of investing, it may seem as though all drops are temporary and a great time to purchase more shares. But what about when the temporary becomes a 10-20 year reality? As we will see today, this is not a hypothetical conjecture about something that has never occurred but a historical fact about what has happened many times throughout history. We are crossing some of the same financial thresholds seen when these types of periods have started before, and it would be prudent to own some assets that have thrived in similar circumstances, such as precious metals.

Often, we may not know we are entering an extended underwater period for stocks until the dive is well underway. At that point, there is no way to "reset" to an earlier time and liquidate at yesterday's highs. Unfortunately, those who have grown accustomed to a "Buy the Dip" (BTD) strategy sometimes do not consider selling out of a negative market until the string of losses has become painful and significant. For this reason, it is important to be diversified across asset classes and overweighted in sectors positioned to do well in the immediate future. Sometimes what has done well in the immediate past is unable to do well in the intermediate future. Often sectors that have been lagging turn out to be the best performers in the intermediate future. We appear to be at one of those junctures.

Inflation is sometimes touted as a reason to own stocks, as company earnings and wages sometimes grow faster than the inflation rate. But when inflation rises faster than wages can grow, pricing power is reduced along with company earnings, as consumers respond by purchasing less. When a trend like this develops, there are extended periods when the growth in the stock market is eclipsed by the loss of purchasing power in the currency. In the NYT Best Seller "Principals for Dealing with the Changing World Order: Why Nations Succeed and Fail," author and hedge fund manager Ray Dalio outlines several times in history when the standard 60/40 investment portfolio endured losses of -46% to -100%, over 20 years. Think about that for a moment. They were invested for 20 years and, in the end, have less than what they started.

What About U.S. Markets?

Here in the U.S., from 1966 to 1982, the S&P 500 w/reinvested dividends were down -75% after inflation. During that same period, the gold price increased over 10x not adjusting for inflation, and with inflation taken into account, it still increased 300%+. Interestingly, this period included recessions and stagflation, which we appear to be entering now. Conditions like these require precious metals not only to survive but to thrive.

Some of the warning signs are related to the lack of breadth we see in today's stock market. Even though market indexes have been making new highs lately, the gains provide the impression that company stocks are doing well. In reality, most stocks are in negative territory, with the index levels being pushed higher by outsized gains in very few stocks. This is often a warning signal that a significant correction is near. Half of the components of the Russell 3000 (98% of US-listed shares) are down 20% or more. Shares on the Nasdaq are at record levels, but less than 35% of stocks listed there are above their 200 day moving average. This is not a healthy sign, and the combination of record indexes with low participation has prefaced a correction in the past.

If we look at large-cap stocks, the current P/E ratio indicates trouble might be ahead. The last time we saw these levels were before the tech bubble popped in 2000. As a reminder to those recently joining the investment community, when the tech bubble popped in 2000, it took 15 years to recover stocks on the Nasdaq exchange. That is a long time to have zero return. Meanwhile, gold increased by over 330% during the same period. We appear to be at a similar place in the stock market as in 2000 (overpriced) and in the world of precious metals (underpriced). This could be a great time to make some adjustments to your portfolio holdings.

Another characteristic of the froth in the stock market today is that some of it appears to be driven by the corrupt practice of corporate stock buy-backs. It's not that buying back company stock is corrupt by itself, but the conditions surrounding some of these transactions seem suspect. When a company goes into debt to purchase back shares and announces the plan to buy back their own shares, the stock prices often rise as a result, and corporate insiders cash out of a majority of their position in the company. This form of manipulation used to be against the law until 1982, as it tends to enrich company leaders at the expense of everyone else. Perhaps it will be illegal again soon. But in the meantime, it is a contributing factor to the overpriced stock market of today.

Solutions Made of Precious Metal

Precious metals, namely gold and silver, are currently priced at a level with much lower risk compared to most stock market averages. With bonds such as the 10-year Treasury currently at record negative real rates, bonds are not the safe haven they were once touted to be. To help protect your financial future, I recommend considering certain principal-protected annuities with the earnings potential to rival inflation and physical precious metals. In similar financial circumstances, few assets available have outperformed gold and silver.