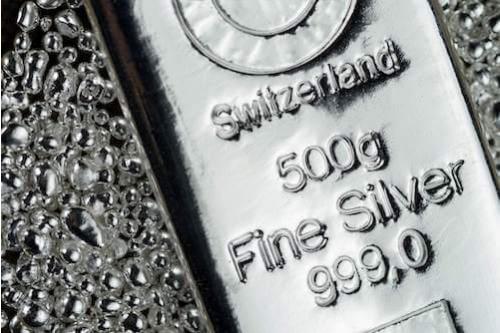 113 views
Spot Silver price has fallen 17 percent this year to close at almost a three-year low, last week, while gold lost less than 8 percent after recent turmoil amidst world equity markets boosted prices at the end of October. Credit decelerating global economic growth, mostly in China, as the culprit for affordable Silver. Silver is now the cheapest to gold, reaching a level it hasn’t seen since 1993. 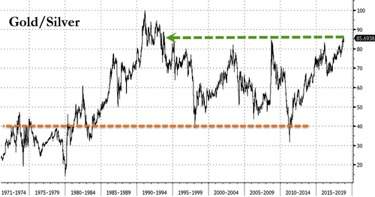 With Chinese decelerating global economic growth curbing industrial demand for silver just as gold benefits from the financial market volatility-inspired safe-haven appeal, amid tightening financial conditions, investors find Silver to be at its most affordable value in nearly twenty-five years. But, it seems like this may be the ideal time to jump on Silver as many experts agree that the precious metal just might be in store for a bullish 2019. Those watching Silver closely are predicting its price to be fairly bullish in 2019 while monitoring several indicators which could give clues on how well Silver will perform in the upcoming calendar year. All eyes are usually on Gold as it is normally the leading indicator for other precious metals. In 2011, when gold stopped its decline, it actually started its bull market with silver later following suit. When gold goes down, silver usually does the same as well with gold outperforming when most metals are at lower rates. At major tops, however, silver tends to be the one to outperform, similar to April 2011, after which gold set its major peak 6 months later. Right now, gold is in the process of forming a giant cup-and-handle, which could prove to be bullish for other precious metals, and silver in particular. With gold on the rise, other precious metals usually benefit. Remember, if gold is to have a major uptick in 2019, silver will more than likely follow suit with the possibility to outperform other precious metals Another leading indicator of Silver’s price in 2019 is the Euro.   The Euro provides many insights toward forecasts for precious metals and in recent years, the Euro has been leading the price of gold. Every time the Euro tested secular support or resistance, or broke out or down, it preceded an important top or bottom in the gold price. The Euro has a track record of moving fast once it breaks out or down. And as the Euro does not seem to be showing or providing any negative direction towards markets, it can be interpreted as a neutral and potentially, a positive indicator toward all precious metals should it lead to a gold top and thusly a boost in the price of silver. In addition to the two indicators listed above, another major wildcard that has been identified for possibly predicting Silver’s value forecast in 2019 could be interest rates. The Fed is expected to continue its gradual increase of interest rates in 2019 and beyond. One of the potential scenarios is that the massive outflow out of the bond market will push capital to stocks and commodities. Consequently, capital will flow out of the US Dollar. In such a scenario we expect a sudden hit of inflation. The big “if” here is the sudden rise in commodities and inflation indicators, which when combined, will push the price of silver much higher in 2019. And right now, Silver is at a very fair value while Gold still sits at one of the largest price premiums in three years. At the annual G20 Meeting in Argentina, US and China relations seem to be tempering, as gold and silver have responded positively along with other major markets to a trade truce between the two countries. Gold prices have already jumped as of Monday, with Silver not far behind as it traded 2.2 percent higher at the end of the day on Monday. A more permanent trade deal might be made in the near future, although this outcome is somewhat unlikely, as the two countries still need to sort out multiple issues within the 90-day truce period. With the potentiality of a bullish 2019, and silver at a very affordable buy-in, it could prove to provide decent gains to investors looking to break into precious metals. As we approach the end of the year, silver and gold are already on the rise with the potential to become quite bullish in the New Year. Keep an eye out for these indicators as a guide to cash in on precious metals in 2019.
Posted in: Investing, Silver
By United States Gold Bureau
Did you like this post?
0
0
Search The Blog
Categories
Recent Posts