History of the San Francisco Mint 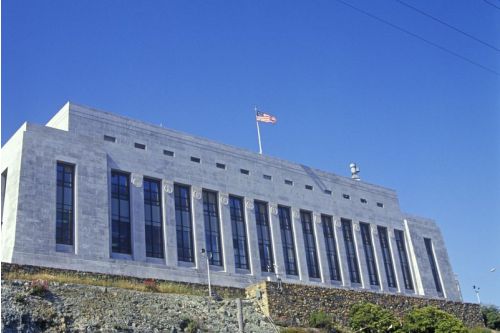 History of the San Francisco Mint

It’s 1848, gold is discovered in California, and countless prospectors are heading west to stake their claim. People are coming by boat, stagecoach, train, and foot, hoping to make their fortune.

The time required and safety issues transporting the gold to the Philadelphia Mint provoked Congress to authorize a California branch Mint. The Treasury Secretary chooses San Francisco. On April 3, 1954, the iconic San Francisco Mint opened its doors and began accepting gold from the miners. The new San Francisco Mint produced $4,084,207 of gold coins in the first year.

By 1867, the San Francisco Mint could not keep up with demand. A new building was authorized, but in 1868 there was an earthquake. The new building was to be built to withstand future seismic activity. "The Granite Lady," as she was nicknamed, opened in November 1874. Architect Alfred B. Mullett designed the building in a conservative Greek Revival style, primarily sandstone and granite.

The Great San Francisco Earthquake of 1906 proved the architect’s design. The Mint was the only building left standing for blocks. The Mint was the only option for banking and other financial services. The Mint became the storehouse for disaster relief funds and performed other emergency banking functions. The earthquake and resulting fire disrupted the gas works, which interrupted coining. Still, coining resumed when the gas works were repaired. The structure remained intact, but more importantly, the gold stayed safe. At the time of the earthquake, the San Francisco Mint stored $300 million worth of gold, which was 1/3 of the country's  gold reserves.

Why Do We Love The San Francisco Mint?