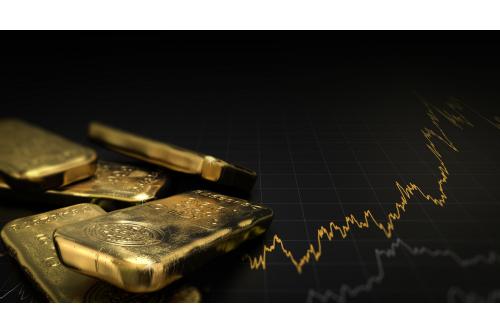 Surely it can’t be coincidence, but each time the U.S. Fed seems certain to raise interest rates, the gold price gets marked down ahead of the announcement, but when rates are duly raised the price recovers after a couple of days. On the latest data it seems to be general equities which are suffering while gold and silver are providing some good trading opportunities around the FOMC meetings at which rate rise patterns are established.

The latest such meeting is a great case in point. Gold was marked down to its low point so far this year of around $1,307 ahead of the event, but since has recovered to close to the $1,350 level once analysis of the FOMC deliberations and statements were analyzed. True the market had been worried ahead of the meeting that the perceived U.S. economic recovery, such as it is, would justify four rate increases this year as the Fed tries desperately to ‘normalize’ rates to give it some flexibility in any subsequent economic downturn – the ‘hawkish’ outlook. The fact that Jerome Powell’s first statement, since he took over as Fed Chair from Janet Yellen, did not see any suggestion of an additional rate hike this year, but a continuation of the status quo, calmed the precious metals markets even though the overall tone of the statement could be considered on the hawkish side given it appeared to be forecasting a higher frequency of rate increases over the next couple of years. Despite this the gold price has recovered quite sharply but equity prices seem to have been spooked with all three major U.S. stock indices falling sharply the day after the Fed statement was released – a fall that has been followed by Asian and European markets. True they may also have been influenced by an aggressive rhetorical response from China to President Trump’s proposed import tariffs, seen as the precursor to a trade war developing, which would probably not help any impacted economy. Add the likelihood of increased borrowing costs to this equation and we could well see further sharp falls in what many observers see as highly overpriced equities. This could be just the beginnings of the major market correction – or even crash – that a number of respected economists have been predicting.

The prospects of an equities correction, or crash even, could well sway the Fed’s hand re. subsequent interest rate rises. It won’t want to be blamed for any serious downturn in equity prices. In these markets perception is everything and a big equities market downturn would certainly receive major media attention and lead to the feeling among the general population that the U.S. and global ‘recoveries’ are not all the politicians would have us believe. A strengthening economy relies on the fact that the public sees good future prospects and spends money accordingly. Put a dent in this perception and everything could turn sour putting an end to the self-congratulatory poses of those who would have us believe that their policies are always economy-beneficial. But, if people see equities as vulnerable to a sharp downturn, precious metals could well benefit with something of a return to the safe haven characteristics for gold – and a stronger gold price tends to take the other precious metals with it. The exception here may be palladium where the recent sharp rise in price has stemmed from more fundamental industrial supply/demand concerns given an apparent substantial supply deficit. This may not be long lasting as there are potential palladium-rich supply developments under way in South Africa (in the northern limbs of the Bushveld complex), although these are not expected to be in production for a couple of years yet. There is also the possibility of currently lower-priced platinum eating into palladium’s dominant market share in gasoline engine automobile emission control catalytic converters, but again this is dependent on maintenance of palladium’s recent higher price structure than platinum, and the perception that the higher palladium price levels are here to stay. With the gold:silver ratio currently above 81, we still feel that silver has the potential to significantly outperform gold over the remainder of the year Even a fall in the ratio to 70 would see a silver price above $19, which is a 15% increase and given that the ratio has mostly been below 70 for much of the past five years, this does not seem to be an unrealistic proposition. Some believe that silver, as a much smaller market than gold, is more easily manipulated – if so it very much depends on the agendas of those doing the manipulating as to where the price is headed, but in the main silver has seen a much more volatile price pattern than its sibling precious metal. It could well be ready for a break out from its recent disappointing price pattern. That other recent speculative investment phenomenon, bitcoin, is now around 60% off its peak and wavering. The apparent volatility to the downside will be making putative investors think again before risking their money. It could thus still fall further given it has little of substance to back it. Gold detractors may think this true of the precious metal too, but gold has stood the tests of time as a store of value. Bitcoin is the new kid on the block and remains unproven as a longer term investment. Given its phenomenal growth towards the end of last year and early this before its bubble burst there are now a number of contra-indicators and proposals which could yet bring it down back much further towards whence it came.

So we come back to precious metals as being the constant in overall wealth protection. Don’t expect them to perform like bitcoin with enormous gains ending in a crash, but they do offer protection against currency debasement – and with the U.S. dollar index seemingly reverting to its downwards path under President Trump’s policies we do anticipate rises in price – at least in U.S. dollar terms. Precious metals do not tend to be as volatile price-wise as equity markets and bitcoin so tend to be a safer bet for somewhere to put your money, yet still have the potential to increase as the domestic currency is gradually debased by inflation, or just by economic drift. But should there be a major economic collapse, which we don’t foresee, but which one should protect against anyway, they do provide great insurance.
Posted in: Investing , Gold
By Lawrie Williams
More from this author
Did you like this post?
0
0
Search The Blog
Categories
Recent Posts