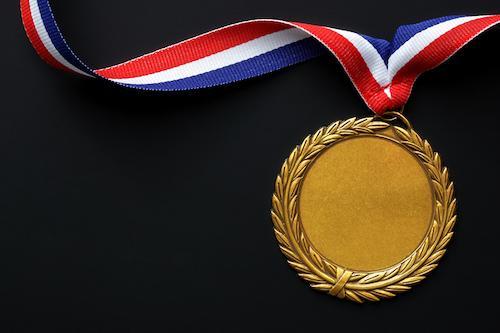 Jesse Owens’ 1936 gold medal sold for a record-setting $1,466,574 at a Sunday auction. This was the highest price ever paid for Olympic memorabilia, CNN reported.

The medal is one of four won by Owens at the 1936 Olympic Games in Berlin. Owens’ victory destroyed Adolf Hitler’s intent to demonstrate Aryan superiority. “Imagine the shock to Nazi Party elites when a black American, the son of a sharecropper and a grandson of slaves, stared down fascist propaganda, bested his rivals and took home four gold medals,” wrote CNN’s Susanna Capelouto. “Hitler was furious, but tens of thousands of ordinary Germans cheered him on.”

The historic and precious gold medal was bought by Ron Burkle. A billionaire investor and co-owner of the Pittsburgh Penguins hockey team, Burkle said he plans to showcase the gold medal in a future educational tour featuring historic pieces.

Many gold investors know that certified gold coins and similar rare artifacts made of gold can grow in value at a pace far exceeding their actual gold content.Owens won four medals in Berlin. Three of them were solo endeavors, the 100- and 200-meter sprints and the long jump. He also ran the opening leg in the 4x100-meter relay for the U.S. team. It is not known in which event the newly auctioned, excessively rare medal was won. The auction house states that no one knows the whereabouts of the other three gold medals.

The auction house reported that Owens gave this medal to friend Bill "Bojangles" Robinson several years after the Olympics. After Robinson dies, his widow Elaine Plaines-Robinson, sold the medal.

At one point in his post-Olympic career, Owens would race horses at promoted events.

"People said it was degrading for an Olympic champion to run against a horse, but what was I supposed to do?" Owens reportedly once said, according to an ESPN.com article. "I had four gold medals, but you can't eat four gold medals."