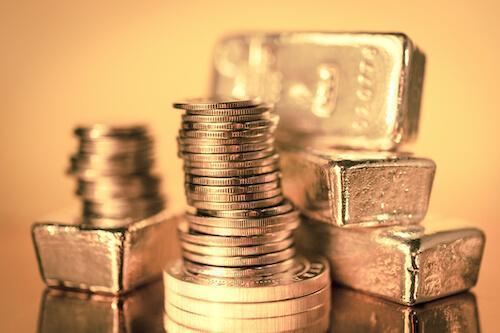 Gold News
A surprising number of powerful financial world leaders have begun to speak out, saying that the stock market is headed to deep bear territory. According to a recent report by Jeff Cox in CNBC, the latest figure to speak out is the managing director of Pimco, Bill Gross, who gave those owning gold yet another piece of reassurance that they are making a smart move. Anyone wondering 'why buy silver or gold when the stock market is performing so well' only had to listen to Gross expand upon what he calls the 'cult of equity', and how he believes it is coming to an end, to see one reason why alternatives to the stock market look better and better. Gross believes that the impressive annual returns from the stock market will end up being deemed a 'historical freak' and will never happen again. As Gross tells it, the market has averaged around 6.6% annual returns since 1912, but that an economic slowdown happening around the world is about to destroy that pattern once and for all. These are heavy words, but for those invested in precious metals, they are not quite as nerve-rattling because, historically speaking, when stocks markets or currencies do poorly, commodities like gold and silver do much better. For those asking 'why buy silver when the prices are so low?' the answer is becoming clearer: global economic instability is rising and silver's usefulness, as is also true with gold, continues to remain high. These commodities have an immediate value which is why owning gold has been a way for investors to guard against economic turmoil down through history. Cox reports that Gross is not alone in his thinking, citing Gluskin Sheff economist David Rosenberg who also believes today's 'cult of equity' is coming to an end. Investors, too, are taking action to show their dim view of the stock market, reportedly pulling out $9 billion from stock-based mutual funds in a single week at the end of July 2012. This isn't the only issue those in the stock market are dealing with, however. Another CNBC report by Cox spoke of widespread 'investor mistrust' due to 'software malfunctions'. More than 150 different stocks experienced wild price swings in the opening trading days of August 2012 thanks to a scandal that could destroy Knight Capital. Because of this, retail investors are pulling their money out of the stock market because they are being hurt too badly to continue investing. Investor confidence appears to be plunging and some blame what is called high-frequency trading. While the market will likely recover in the short term, vulnerabilities are exposed that many investors will need to seriously consider before they decide to return to stocks. Perhaps the stock market will continue on as it has and perhaps not - no one can say for sure. However, what can be said is that a diverse portfolio including gold, silver or platinum assets definitely helps investors be less reliant on the stock market no matter what it does.
Posted in: Investing
by United States Gold Bureau
Did you like this post?
0