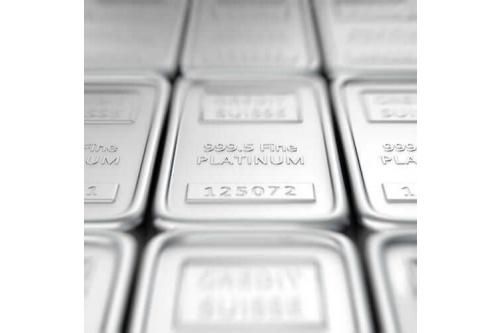 Precious Metals Platinum
(October 4, 2012) - Platinum prices are catching the attention of analysts even though gold has been getting the lion's share of the media's attention in recent months. Today's platinum price per ounce has remained stable for quite a while now, and even though gold has shot past it twice in the last decade and a half, experts believe that platinum could be an extremely stable choice in the long run because it is not as impacted by the typical investor fears regarding the global economy. A recent article from Anna Prior in Smart Money pointed out that now may be the time to buy platinum because those in the know state that today's prices rise significantly by the end of the year. Right now, the pricey white metal is getting overlooked in favor of the metal of kings, but this is not always the path that investors should be taking. Market observers believe that stepping away from the herd and going one's own way can result in profiting before the rest of the market is aware of an opportunity. One of the main things that should attract investors to platinum, suggested bullion dealer Kitco Metals' senior analyst Jon Nadler, is the fact that platinum prices will most likely be rising due to Japan producing more vehicles. Right now, the platinum price per ounce is around $1,670 but Nadler stated he believes that by the end of this year that price could be at $2,000 or even higher. Should those who buy platinum today experience this kind of rise, it would be quite a handsome profit by precious metals market standards, considering how short the time period involved is. There have been a few times when gold's price has passed that of platinum, but the fact that platinum is rarer is a big help in terms of keeping its value stable. Nadler came straight to the point, telling the press that compared with other options in precious metals, "Platinum is the safer play." Many long term investors are looking for the safest options right now because they need a sure fire way to protect their assets in the event of a shift in the global economy. The fact that platinum has many different uses in the industrial and even medical world speak strongly for its ability to keep its value at relatively high levels even when panic driven gold binges are long gone. Platinum might be a smaller market, just over $250 billion worldwide compared with close to $2 trillion for gold, but that fact does not necessarily work against platinum investors. The demand for platinum jewelry remains strong in many countries which adds one more level of value. Investors have to make their own decisions as to which precious metal is going to be the smartest choice for their portfolios, but if today's outspoken analysts end up being right, there is real profit potential in this metal right now. Exciting times such as we live in today often call for exceptionally calm and calculated investing decisions in order to stay as logical and intelligent as possible. Perhaps then, platinum is a smart choice that many will end up profiting from.
Posted in: Investing Platinum
by United States Gold Bureau
Did you like this post?
0