Is There a Correlation Between Oil and Gold Prices? 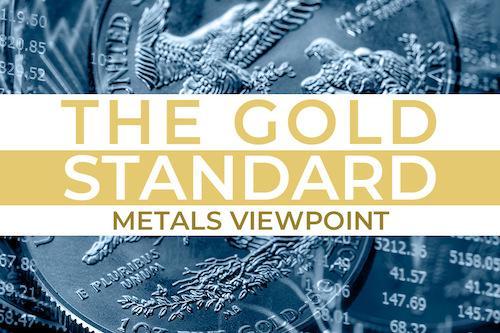 Is There a Correlation Between Oil and Gold Prices?

Most families don’t need an economist or government official to tell them about inflation or how much less purchasing power they have. They just need to go to the gas pump. According to CNN, oil prices reached a record high on March 7th, 2022. The new average price of gasoline is $4.14 gallon exceeding the previous record of $4.11 in July 2008 (However, if adjusted for inflation, the high would need to be $5.25). This is a $0.60 or 17% increase in the price of gasoline since the February 24th start of the Russian/Ukraine conflict. The average family uses 90 gallons of gas per month, so the cost of gas is $54 more than two weeks ago and $125 more per month than one year ago. It is not only the average family feeling the pain. Investors are also feeling the sting.

The price of energy (gasoline) affects the prices of everything in society, especially gold and all precious metals. Over the last 50 years, oil and gold prices have correlated 80% of the time. It is difficult to measure how much energy miners use and the data is not easy to find, but the researchers at Seeking Alpha believe it is at least 50% or more of their production costs. However, the miners only report between about 20-30%. There are governmental reporting requirements for some activities and not others. Whatever the true number, it is safe to say it takes large amounts of oil to run the heavy machinery, cool the mine, build the concrete supports, generate the electricity needed, transport the metal, etc. Seeking Alpha found that long-term increases in energy were approximately a 2:1 ratio between oil price increases and gold increases. (For every 1% increase in oil, there was approximately a 0.5% increase in gold, but the time frame was not given).

The closing price of gold on February 23rd, 2022, was $1808. Russian forces invaded Ukraine before the market opened early February 24th morning. The price of gold at the time of this article is $1995. That is an increase of 10.3% in just over two weeks. Compare that with the crude oil price change of $92.82 to $119.71 over the same period. That is a 28.98% increase in oil prices. That is a 35.54% ratio between the increase in oil to gold, but we are looking at a very short timeframe to measure our data against their findings. If Seeking Alpha’s findings prove true over time, the increase in oil prices has not yet been fully realized at gold prices.

(Please remember this is not a prediction of price or investment advice. There are multiple models using different analysis modalities than the Seeking Alpha model)

There have been several peer-reviewed studies that have tried to accurately define the correlation between the price of oil and the price of gold. The different studies have found different levels of correlation, but all agree there is a consistent, high correlation between the two. From 1986-2016, on average, 1oz of gold could buy 16.37 barrels of oil. The current ratio is about 16.65 barrels of oil to one ounce of gold. This is a good sign for the price of gold as it seems to be moving appropriately with the historical ratio price of oil. If this historical average is the best predictor of gold prices going forward, we may be in for a sharp rise in prices.

As early as Tuesday, March 8th, Congress may be discussing full sanctions against Russian oil. Thus far, most European countries and the United States have been buying Russian oil despite the conflict. The experts at Bank of America predict that a shutdown of most Russian oil would produce a 5 million barrel per day deficit. This would drive the price of oil to nearly $200 per barrel. There is heavy options trading speculating on $200 oil for May contracts. If this modeling is accurate, $200 barrels of oil would equate to about $3,200 gold. (Again, not a prediction. Just a speculative, hypothetical mathematical model from historical data.) Whether the speculators are correct or not that we will see $200 oil by the end of May, there is a strong belief that oil prices will continue to rise. The uncertainty is not whether oil will continue to rise but by how much. The experts agree rising oil prices drive gold prices higher, but they disagree to what extent.

Professional traders believe oil is going to nearly double in the next two months. They could be wrong, but do you want to take your chances? If you believe the price of oil is going to increase, you may strongly want to consider whether you want to add or increase precious metals in your portfolio. The experts at the US Gold Bureau can be reached at 800-775-3504.

Posted in: Investing Silver Gold Platinum Palladium Market Alerts
by Ryan Watkins, Op-Ed Contributor
Did you like this post?
0