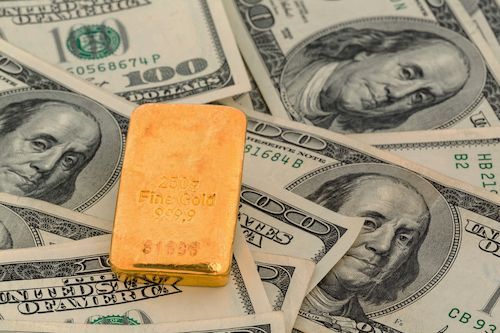 When a Carson City, Nevada man passed away just last month at age 69, officials never suspected that inside the modest 1,200 square foot home he'd lived in since the 1960's they would find $7 million worth of gold assets, but that is exactly what happened. The man, Walter Samaszko Jr., had lived in the home with his mother until she died in 1992 and the pair had kept meticulous notes regarding their purchases of gold coins over the years, amassing an impressive collection that included coins from around the world.

According to a recent Yahoo news article on the story, Smaszko had just $200 in his bank account, apparently deciding to buy gold instead of hold his money in the bank, although he did have $12,000 in cash stashed within the house along with firearms and other items that indicated he may have been preparing for difficult times. Smaszko was the son of the man who served as vice president to the J. Harris Pie Company which later was bought out by Mrs. Smith's Pie Company, the source of wealth for his mother and which Smazsko likely used to purchase so much gold over the years.

Smaszko was noted as being a quiet and unassuming neighbor who caused no one any grief and apparently, no one had any idea that millions in gold assets were stored in his garage, wrapped neatly in aluminum foil. When he and his mother decided to begin to buy gold is not known, but over the years he had stored enough that it took local officials two full wheelbarrows to haul out all of the coins and bullion. It is known, however, that they had purchased gold coins from a local dealer thanks to the fact that both she and he kept such detailed records.

The Clerk-Recorder of Carson City, Alex Glover, told the Los Angeles Times that Smaszko's variety of coins was quite impressive, noting, "There were dos-pesos smaller than a dime, five-peso coins, $20 gold pieces, gold sovereigns, Austrian ducats, Krugerrands. You name it, (he) had it."

According to the press, Smaszko left behind only one surviving relative, a first cousin who works as a substitute teacher in nearby California. Officials will still need to carefully go through Smaszko's estate to make sure proper taxes were paid on all of the gold and other assets left behind, but they say their goal is to ensure that Smaszko's heir receives the highest amount possible.

This story, in which a man died and was not discovered for over a month, definitely reminds those who hold gold and other hard assets for security purposes that leaving behind clear records and plain instructions on how to handle their fortune when they pass is very important. Investors never know when unexpected tragedy could strike, so planning an estate out in advance is a very smart idea, especially when it comes to something with the level of immediate value that gold coins, gold bullion, and gold bars have. Always make sure that plans are in place for how assets should be handled in the event of an unexpected death or even debilitating injury or illness. After all, many people specifically build wealth as something to leave behind for loved ones.