Metals Minute 126: Mayhem in the Markets 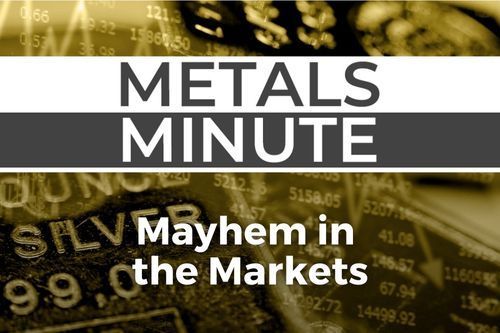 Metals Minute 126: Mayhem in the Markets

There are some rumblings in the bond markets today, which some analysts suspect are emanating from Europe. Whatever it has, the bankers are hitting the sell buttons this morning in the paper markets. While keeping an eye on that, there are plenty of things to discuss here in the U.S.

The N.Y. Fed reported that the Empire State Manufacturing Index came in at a negative (-) 31.3 when the expected number was +5.0. This is the sharpest decline in the shortest time and the 2nd lowest reading since the Great Financial Crisis of 2007-8. FED watchers say it is unlikely this sharp slowdown in N.Y. will be confined to only one region of the U.S. but has implications nationwide.

While entry-level wages are higher than ever, inflation causes take-home pay to feel like it is 5% less than a year ago. We also have fewer people working or looking for work over the last couple of months, which includes people of all education levels. At the same time, record numbers of people are working multiple jobs - sometimes multiple full-time jobs.

These are the conditions in which it is imperative to own precious metals.