The Liberty Head Nickel of 1913: Only 5 of These Rare Coins Ever Minted 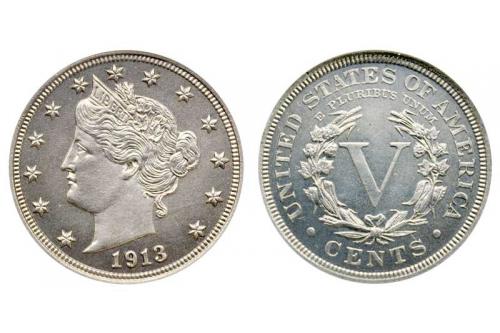 The Liberty Head Nickel of 1913: Only 5 of These Rare Coins Ever Minted

In the world of coin collecting today, one of the most sought after of rare coins is the 1913 Liberty Head Nickel.

With only five that are known to have been struck, this incredibly rare coin became the first to ever be sold for $100,000 in the early 1970's - quite a feat considering that it was worth a mere five cents when it was first minted. Over 25 years later, another Liberty Head Nickel would become the first coin to sell for over $1 million and in less than a decade after that, in 2003, a Liberty Head Nickel sold for $3 million.

Today, we know of three of these coins being held in private collections and the other two have their homes in major museums. What is fascinating is the fact that the Liberty Head Nickel was actually minted between 1883 and 1912 as a regular coin.


Why the 1913 Liberty Head Nickel Is So Valuable

These coins are not considered nearly as valuable as those produced in 1913 due to the fact that millions were produced each year. What makes this particular year's Liberty Head Nickel even more interesting is that the majority of collectors had no idea any were made until 1919 when a man named Samuel W. Brown put an ad in publications related to numismatics looking to buy any Liberty Head Nickels from 1913. Somehow, he knew that a master die had been created at the mint for these coins even though only a test run had been done.

Between 1928 and 1943, the world-famous Texas coin collector Colonel E.H.R. Green held all five of the Liberty Head nickels known to be in existence, but they were eventually sold off. Today, one is held at the American Numismatic Association's Money Museum in the state of Colorado while another resides at the Smithsonian Institute of Washington DC. It is rumored that if one of these coins were discovered today, and was in flawless condition, it could be valued at around $20 million.

Here is where the story gets even more interesting, though. No one knows exactly why the 1913 Liberty Head Nickels that exist today were made.

There was no authorization for their minting and the Mint itself has no record of them whatsoever. California did receive dies for this coin, but those were to be sent back to Philadelphia and arrived there by the 23rd of December, after which they were most likely destroyed as per the protocol of the time.

As it turns out, Samuel W. Brown worked at the Philadelphia Mint, but no one knew this until the early 1960s, long after Colonel Green had sold his five Liberty Head nickels. Many history buffs today have maintained theories that Brown himself may have been involved in the minting of the coins or had knowledge of them that could assist him in gathering them up, knowing that there would only be five and therefore their value would become incredibly high.

The infamous Liberty Head nickel of 1913 is not a coin that any collector will likely ever see in the wild, but it is certainly one with a rich and colorful history. One was briefly owned by famed coin collector King Farouk of Egypt and was even the subject of an episode of the TV show Hawaii Five-O. All signs point to this coin's value continuing to rise due to its extreme scarcity, and it remains a subject of great interest to collectors from around the world.