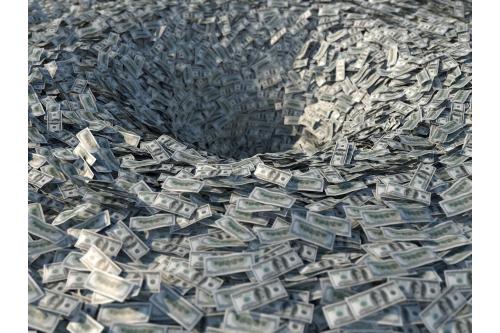 "We have been in a state of stagnation since 2008. We’re moving towards stagflation. It feels good right now but it’s a false dawn." – Alan Greenspan, May, 2018

The surprise of this entire year may be the strength of the American Dollar and its impact on not only the American economy but the world economy as well. As the price of gold enters recovery mode, up $3 on the day at $1195.50 many world markets are analyzing the effect of the surprisingly strong American dollar.

The Financial Times exposes what many see as the greatest source of vulnerability in this developing crisis. “The rise in the US dollar since April has exacerbated troubles in several emerging economies with the amount of dollar-denominated debt they have more than doubling to $3.7 trillion over the past decade, according to the Bank for International Settlements.”

This level of debt leaves a very large problem that may not be able to swept away under the financial markets’ rug anytime soon.   What happens when these emerging countries lack the resources necessary to pay back their debts? Will they simply default?

The chart below illustrates the amount of debt that countries owe around the world. 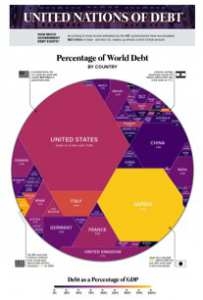 Senior citizens are not the only group of Americans who are struggling despite an improving economy that should be easing their financial woes and a strong American dollar. A growing number of low and middle-income households are plagued by high debt and have little or no savings.

While wages are actually rising for these Americans, unfortunately, they are unable to keep pace with higher costs of living in many metropolitan areas, as housing prices are increasing at higher than expected rates in nearly 20 major American cities. Many lower income citizens are not riding the hopeful trends that are lifting some households. Even as unemployment reaches a low point, and while debt levels are close to record lows, even as the economy is experiencing climbing consumer confidence and spending, many Americans still find themselves struggling.

About 76 million American households make up the bottom 60 percent of income earners. Out of that group, about a third were “stressed” in 2016, according to a UBS study. UBS research goes on to say that the percentage of stressed US households is at its highest levels since the mid-1990s.

And now after years of near zero interest rates, the Federal Reserve is raising its benchmark rate, currently at 1.9 percent but also scheduled to raise at least two more times within the calendar year.

Since 1990, there have been six instances of increasing interest rates by at least 1 percentage point. In a recent FreddieMac survey, in almost all cases a mortgage rate increase accompanied reductions in mortgage originations, home sales and housing starts. And unfortunately for prospective homebuyers, housing price appreciation did not stop at any time during these periods.

And while interest rates are rising at present, housing prices are also increasing, as supply is not meeting the demand of prospective homeowners. After losing over a third of their value a decade ago, which led to the financial crisis and deep recession, US housing prices have regained those losses.

According to a poll of nearly 45 analysts taken mid-May through June showed the S&P/Case Shiller composite index of home prices in 20 cities is expected to gain a further 5.7 percent this year. Similarly, the average earnings growth is only expected to rise 2.8 percent, and inflation predicted at 2.5 percent. US housing prices are expected to rise nearly 5 percent next year while being paired with higher.

As the United States debt continues to rise, so do the debts of many Americans. And like many emerging countries, American citizens lack the resources necessary to pay back their debts.

The rate of people 65 and over filing for bankruptcy grew nearly 204 percent from 1991 to 2016, a study published by the Social Science Research Network found, and the percentage of seniors among all U.S. bankruptcy filers increased by nearly five times over the same period.

The combination of high health care costs, reduced incomes and the widespread decline of senior pensions are major factors in elderly Americans filing for bankruptcy at an historic rate. The issues with Medicare and retirement programs have long contributed to seniors’ monetary issues, it seems they are reaching a critical point. 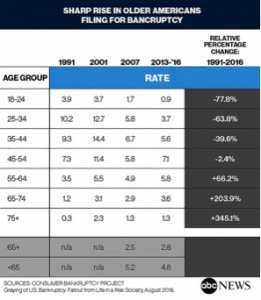 Interest rates and American families borrowing money at rates not seen since the mid-1990s, could this be a cause for another housing crisis similar to the one experienced only ten years ago?

What happens when these groups of Americans, many of whom who are filing for bankruptcy, are unable to pay back their debts?

According to the US Bureau of Labor Statistics, about 40 percent of the population are ages 55 and older were looking for employment in 2014. Americans aged 55+ make up nearly 30% of the entire US population. Add nearly 25 million lower income Americans, and that is a massive group that owes a substantial debt, which may or may not be paid off.

What will happen to the American dollar should this large portion of the population continue to file for bankruptcy or default on loans. Additionally, the weight of higher interest rates and growing housing prices could potentially send the economy into crisis and devalue the American dollar.