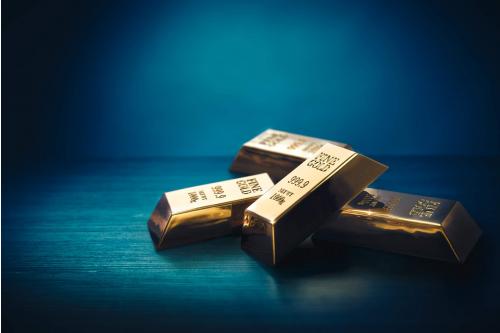 Gold Prices Gold News
One of the CIO's of investment firm Pimco has caught the attention of people investing in gold today with comments regarding the Federal Reserve meeting in Jackson Hole, Wyoming this past August. According to a recent article from CNBC, Pimco CIO Bill Gross said that another round of monetary stimulus may be only days away, but this news may cause investors to trade dollar holdings for gold and other precious metals. Gross went on to say that the job market in the United States is unlikely to be improved by these latest Fed measures. Investors have continued to choose to buy gold and silver due to the shaky economy, eschewing the riskier choice of purchasing stocks or holding cash itself. The latest word from a high ranking officer of the very firm that runs the world's largest mutual fund is likely to make a difference. Investors care what Gross has to say because Pimco's famed Total Return Fund pulled in $1.3 billion for its investors in August of 2012, massively outperforming rival funds. Gross has been very active on Twitter, speaking out about the kind of Quantitative Easing that the Fed is expected to engage in, causing those who buy gold and silver to listen closely. Gross stated that he believes changes in Fed policy are not going to make much of a difference on unemployment, signally investors who are currently investing in gold that they may be on the right track. Gross's words are similar to other major financial world figures of the past few months, who have suggested that the troubles with the U.S. economy are likely to get far worse before they get better. If inflation strikes the way many believe that it will, investors may trade dollar holdings for more substantial investments including hard assets like gold, silver, platinum and even palladium. These investments have been noted to actually rise in value even if stocks and currencies are not performing well at all. Gross stated that Quantitative Easing would likely be the Fed's choice in responses to the weak U.S. job market for at least several more quarters and that the fiscal body would likely be trying to please governors of the states with its approach. The purpose of this type of policy maneuver is to try and stimulate the economy, but observers believe it will have the desired effect and many think that inflation may end up being a problem no matter what is done. Gross told his audience, "Monetary policy has reached a dead end. Once you get down to zero percent on interest rates, there's not much left to stimulate." Whether or not Gross's words end up reflecting reality in the future remains to be seen, but it should be kept in mind that often when a true recession or even depression is about to occur, there is little that business or government bodies can do to stop it. This is the reason why century after century, those looking to protect their wealth regardless of the economy they live in, have turned to precious metals as a way to create a lower risk portfolio built to provide lasting value.
Posted in: Investing
Did you like this post?
0
0
Search The Blog
Categories
Recent Posts