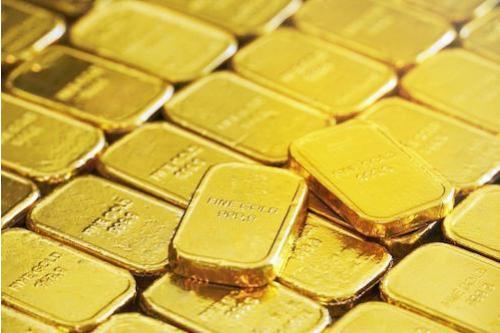 The Siskiyou County Courthouse in Yreka, California has displayed historical gold nuggets for more than 50 years in the building lobby. However, two men recently entered the courthouse and stole the gold, estimated to be worth $3 million, reported The Washington Post.

Siskiyou County is one of the most important sites of the 1851 Gold Rush, as it was known as the second Mother Lode.

Officials stated that the men entered the courthouse around 1:00 a.m. and were caught on the courthouse surveillance camera, according to the Los Angeles Times. The men allegedly broke the thick glass case, and the display alarm did not activate. Strangely enough, they only took some of the gold nuggets in the display, leaving behind the smaller pieces. The thieves also did not bother taking any of the photographs or other gold-related mementos that may be of significant value to historians and gold dealers alike.

"These thieves not only stole valuable gold that belongs to the people of Siskiyou County, but these individuals violated the security and sanctity of our courthouse and stole a piece of our Siskiyou County history," Sheriff Jon Lopey told the Los Angeles Times.

The gold in the display had been donated by various people over the years, and included samples from gold mines throughout the country.

"When somebody steals your car, you feel violated personally. But this violated everybody in the county. These are rather sacred items to us," a spokeswoman for the sheriff, Allison Giannini, told the news outlet.

As the value of gold continues to remain high on the international market, these thieves may have picked an opportune time for the heist. Police officials say that they will not rest until the perpetrators have been caught and held accountable for their crime.