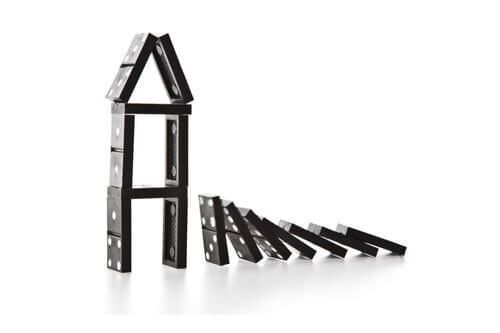 In the last few years, the emergence of financial crises has rapidly accelerated. In 2022, the financial crises have caused the average 401k to lose 20%. The average retirement is between 19-21.5 years, so if someone wants to spend their last penny on the day of their death, people could spend around 4-5% of their savings annually. People must live on a smaller percentage of their savings if they want to leave an inheritance. Every 4% inflation or market downturn represents around one year of retirement savings. Between high inflation and 401K destruction, many retirees have lost more than five years of purchasing power in 2022.

This article will be a short guide to five immediate crisis threats (not in any order) that could destroy most people’s retirement savings. Each crisis described below will likely further collapse the economy and destroy many years of investment/retirement accounts and savings.

1. Inflation Is a Loss of Purchasing Power and a Destroyer of Wealth

The S&P 500 fell 4.32% in one day after the recent inflation data was higher than expected. The current inflation rate is 8.3%. Suppose the market doesn't recover from the stock market correction. In that case, most retirees lost around three years of savings in a single day (8.3%+4.32% =12.62% reduction in wealth from 2021). Despite the pre-election posturing, inflation has not peaked. The best indicator of the CPI (Consumer Price Index, the price consumers pay for an item) is the PPI (Producer Price Index, what it costs to produce an item). Business costs will flow to the consumer, so if PPI is higher than CPI, more price increases are coming. The current PPI is 8.7%. Read more about inflation.

When interest rates go up, bond values go down. Stocks also go down. The Federal Reserve has committed itself to raise interest rates as high and quickly as needed to tame inflation. Thus far, rates have risen by 1.5% this year. Bonds have lost 10%, and stocks have lost 15%. Interest rates will likely be above 4% by February, meaning more losses for retirement accounts holding stocks or bonds. Between the bond market and inflation, many retirees have lost about four years’ worth of savings this year, and the Fed has assured the markets that it will get worse. The question is not whether stocks and bonds will go further down but how much farther they will go. Read more about rising interest rates, economic pain by the Fed, and how bonds are in trouble.

The Fed’s aggressive approach created an international race to the bottom. For example, the Bank of Japan has printed so much money that they are forced to do yield curve control. Yield Curve Control means the BOJ will buy as many bonds as necessary to keep interest rates at 0-.25%. Japanese bond investors are selling their bonds and buying American Treasuries at 3.455% (the rate at the time of this article). The disparity of rates is creating a currency crisis. Japan is the world’s third-largest economy and one of the most important trading partners with the U.S. If Japan collapses, world markets would go into freefall. It is not just Japan not keeping up with the U.S. raising interest rates. It is Europe, Asia, Africa, and everywhere else where rates are not keeping pace. The dollar will appear strong as other countries struggle to keep up. However, countries will not be able to afford American goods, and U.S. GDP will implode. A strong dollar will also make paying back our debt more expensive. The globalized economy means problems overseas quickly make waves in American Markets.   Read more about the dangers of unequal interest rates.

Fannie Mae’s July consumer housing survey shows the worst sentiment in a decade. 83% of respondents think it is the wrong time to buy a house, but many listings are coming to market because of the rapid price inflations. The supply of houses is up 27% from a year ago. There are more available houses than buyers. For the first time in 17 months, the average selling price was less than the asking price.

There was a 25% higher deal cancelation in July 2022 than in July 2021. First-time buyers are moving away from the market. Usually, first-time buyers represent about 40% of new home sales. In July, first-time home buyers were only 29%. As interest rates rise, more buyers will not enter the market. These people will rent. Rental rates are already up 7.2% this year. The higher rental rates will hinder savers' ability to build up a down payment translating into a prolonged slump in housing. Read more about the housing market contracting.

The Chinese GDP for 2021 was equivalent to $17.73T, or 18.4% of the global total. China’s economy has been struggling mainly due to its “Zero Tolerance” Covid policy and a looming crisis in the housing market. The Covid policy instituted lockdowns still happening in various places. One city lifted lockdowns on September 15, 2022. Supply chains are breaking down. FedEx CEO, Raj Subramaniam explained that FedEx planes have been flying half full from China. FedEx missed earnings. The expected earnings per share was $5.14, but the actual EPS was $3.44. The stock dropped 24% in a day because of Chinese supply problems.

76% of Chinese personal wealth is in real estate. Housing represents about 29% of GDP. For comparison, American housing accounts for about 3-5% of GDP. Chinese housing prices have fallen for the last 12 months, and millions of people are not paying their mortgages. There are hundreds of unfinished housing projects without funding, and builders have been defaulting on their bond payments. When Evergrande, China’s largest builder, defaulted on its bond payments, the S&P500 fell 5% over the following three weeks. This year, at least 18 builders have defaulted, and experts say it will be dozens by the end of the year. Read more about China's housing crisis.

How Are These a Threat to Your Retirement Account?

Each of the above crises could completely ruin a retirement account. All of them together would do much more than ruin retirement accounts. They could create economic chaos of Biblical proportions. These crises unfold in real-time before our eyes, and too many people procrastinate to protect themselves or are indifferent to the danger.

Several people edit/fact-check me when I write these articles to ensure I can spell. They also want to ensure I don't offer investment advice. If I am making a recommendation, they want to soften words, like, it may be wise, or you may want to consider. Today, I am going to be as blunt as possible. Your retirement is on the train tracks. The train is coming. There is not much time before the train runs over the rest of your retirement account. Get your retirement off the tracks. I work for a gold company and believe a precious metals IRA is part of a solid financial plan. Whether you think a metals IRA is a good idea or not, you need to move your retirement immediately out of the way of the train.

How Can You Protect Your Retirement?

Many people are starting to see the reality of the economic situation. More people are choosing precious metals IRAs, even though they have rejected them in the past. People realize that if they don't change their strategy, any of these crises could destroy their retirement. The government allows most retirees penalty-free and tax-free rollovers into precious metals IRAs. People trust gold to protect their savings, and so can you. The process is as simple as A-B-C. Do it today.