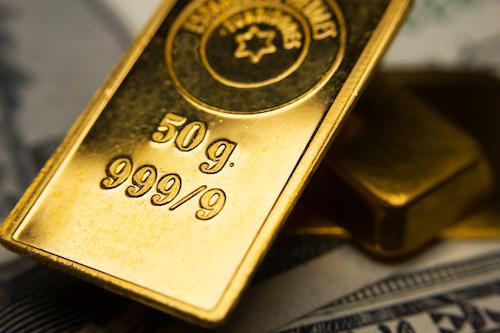 President Biden nominated Federal Reserve (Fed) Chairman Jerome Powell to serve a second 4-yr term, beginning in February of 2022. He cited a desire to provide continuity and stability as reasons contributing to his choice. While some senators expressed a preference for Lael Brainard, it is unclear she would have received enough votes to be confirmed to the role as Chair. Some former FED officials such as Danielle DiMartino Booth have expressed doubt that she will receive sufficient support for the role of Vice-Chair to which she was nominated. Today we will discuss what these nominations mean regarding the economy, precious metals prices, and life here in America.

The Federal Reserve Chair serves a 4-year term, at which time they can be reappointed by the President and reaffirmed by the Senate. The Chair is generally chosen from among the Federal Reserve Board of Governors, who are appointed to serve 10-14 year terms. Chair Powell’s term on the Board of Governors lasts until 2028, so even if he was removed from serving as Chair, he could still serve as an active member of the Board for several more years. While some have served on the Board for more than 18 years, the median term served is closer to 5 years.

What do continuity and stability look like if we assume Jerome Powell is confirmed for another term? For most precious metals investors, it looks like higher metals prices. As the graphic from CNBC indicates, much has changed since Chairman Powell took the helm of the Fed in February of 2018. The unemployment rate has increased by 15%, from 4.0% to 4.6%. Considering the challenging environment created during the pandemic, that is not bad. But the other two metrics are somewhat more concerning. The Fed balance sheet has nearly doubled to $8.5 trillion, indicating limited demand for the debt created by the US Treasury. Negative real interest rates have undoubtedly contributed to the Fed being the buyer of last resort for these securities. During the same period, inflation has almost tripled, from 2.2% to 6.2% currently. The current level of inflation already outpaces the most prominent rise retirees have seen in 40 years.

Considering the effects of Fed policies on precious metals performance since Chairman Powell was appointed in February of 2018 should give us a reason to celebrate his nomination for a second term. Since then, gold has been up 36%, silver is up 45%, platinum is (the laggard) up 3%, and palladium is up 93%. If we use a hypothetical balanced portfolio starting with equal amounts of each metal, we would have seen an average increase of 1% per month since Chair Powell took office. This is nearly double the high rate of inflation we see today, which means our purchasing power was not only protected but growing. A continued 1% gain per month would be excellent “continuity and stability.” I believe the good news for us is that the performance of gold and silver will likely be better over the next three years than it was in the past three years.

Often the appointment of a new Vice-Chair to the Fed indicates the general direction the administration would like to move the next time the Chair position is open. By nominating Lael Brainard, the administration is signaling an even more dovish Federal Reserve in the future. Some have suggested that the reason gold and silver dropped today was in response to the nomination of Jerome Powell to another term as Fed Chair. This makes no sense when looking at how the metals have performed during his tenure at the helm of the Fed. During last week’s Metals Minute, we highlighted that there would likely be a smash down of gold and silver before Tuesday this week due to the amount and type of futures contracts set to expire. This appears to be what happened.

Even though gold and silver represent only a tiny fraction of the total assets in stocks and bonds, they were both traded Monday in volumes exceeding the volumes of stocks and bonds combined. No one with physical gold or silver to sell would sell so much at one time. It was paper gold and silver that was being sold, also known as ETFs. Our friends at King World News indicated that even though futures tied to stocks are 5x more significant than the gold market and 350x larger than the silver market, silver and gold futures were sold in higher volumes than stock futures on Monday. This helped keep spot gold below the critical $1,850 level before options expiry. These dips should be considered buying opportunities for those participating in the upward-sloping precious metals market.

The nomination of Jerome Powell to another term as Fed Chair signals a continuation of the policies that have helped lift precious metals prices the last few years. The lack of resolve to raise interest rates to help tamp down inflation means inflation will continue to climb. As prices rise faster than wages can keep up, it causes the economy to slow while prices rise. This combination of factors creates “stagflation,” which historically ignites gold and silver prices. We would not have reached this point without the Fed policies enacted during Chairman Powell’s tenure. His decision to allow inflation to rise higher than previous targets of 2% has played a crucial role in current conditions. While many today are discussing the current inflation levels, we alerted our readers to this probability when the Fed policy changes were first announced.

Life can be problematic in the economic environment of stagflation. Average Americans are experiencing higher prices for food, clothing, shelter, automobiles, and energy, along with shortages of goods and services we used to take for granted. Last night I waited 30 minutes to be seated in a restaurant full of empty tables because of staffing shortages. I ordered everyday items from the menu, many of which were unavailable due to supply chain issues. Owning gold and silver does not make problems like these go away. But owning precious metals can help us emerge from difficult periods like these, with our purchasing power and financial futures intact. Happy Thanksgiving to you and yours!