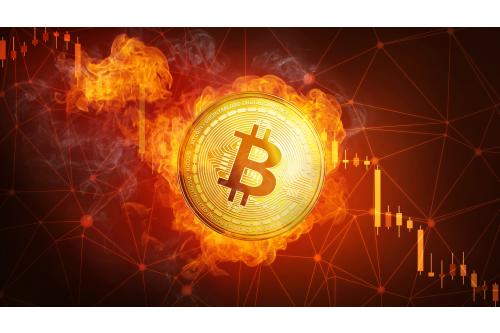 After periods of consistently high growth rates both general equities and bitcoin have seen recent huge short term downturns and volatility has come back into the markets after a period when it had seemed the only way was up. The dips have seen market confidence eroded, at least for the time being. Neither equities nor bitcoin seem to have regained a true sense of direction as yet, and both could be vulnerable to further sharp falls - indeed we see such downturns as more likely than not, although the timing of when they will happen is rather more uncertain.

Last week saw something of a recovery in the dollar index so gold and silver suffered along with the rising dollar, but this week the dollar index has fallen back below 90 having been hit by President Trump’s plans for tariff impositions on steel and aluminum, and possibly on more items should there be likely retaliatory action by exporters of goods to the USA. The resignation of Gary Cohn, President Trump’s Economic Advisor, also had an adverse impact on the dollar. Short term movements in the dollar index are perhaps having an undue impact on precious metals but the market, in its short termism, seems to have lost track of the fact that the dollar has declined by around 11% since President Trump took office. While the U.S. Administration and the Fed is officially denying there is a weak dollar policy that’s not how the market is reading it and the direction of the dollar index is probably the key to the dollar gold price as the two tend to be directly inversely related. While U.S. equities have been more volatile with some wide fluctuations both up and down in the Dow and the S&P, bitcoin too has seen major volatility. BTC had recovered to a little above $11,000, but at the time of writing has dipped back below $10,000. Ethereum, which may prove to be the best crypto indicator has fallen from being close to 10% of the BTC price to around the $750 mark, which could presage another dip in BTC. We have been skeptical about cryptocurrencies in general as having no real substance behind them but they have proved to be a great vehicle for speculative investment and have probably taken in considerable amounts of money from the ‘get-rich-quick’ crowd. The falls may prompt a rebirth in precious metal investment as a far safer option.

How All This Effects Gold and Silver

This brings us to precious metals in gemeral. In the light of the recent volatility in equities and bitcoin are gold and silver in particular still a good place to invest? In the writer’s view precious metals should not be viewed as speculative investments but as a long-term store of wealth and a protection against currency degradation. True there are those who continually preach gold going to $10,000 – and they may be right in the ultra long term – but if they are correct that will correspond with a huge depreciation in the buying power of the US dollar. As others have said ‘be careful what you wish for’. The writer takes a much more conservative view. Over time the gold price will rise, dragging silver up with it, and the purchasing power of the dollar will drop, as we have seen it do over time. Advances in new technology, which have seen prices in these high tech areas come down, at least in real terms, have somewhat hidden the huge price increases we have seen over the years in everyday items and with the Fed looking for higher inflation to ease the deficit, this process will likely continue. President Trump’s seemingly inexorable course to precipitate a global trade war will likely contribute to a more rapid increase in cost inflation – yes it may help protect the decline in the US industrial base, but at what cost to the consumer as imported goods become more expensive?

Protecting Your Investments with Gold and Silver

But back to precious metals. If you want to protect yourself against the ever-declining purchase power of the dollar, gold and silver may be the best answer. Don’t necessarily expect the former to hit $10,000 – or even $5,000 in the short to medium term - but they should grow in value sufficiently to at least protect your wealth. Silver is likely the more speculative investment here – it tends to advance faster than gold in a rising gold price environment - and strange things have been happening in the silver futures market which could presage a big jump in price should the big bank shorts, and simultaneous holders of massive amounts of metal, change tack and try to capitalize on their holdings which they will likely do some day. As I have commented here before it may be wise to hold a proportion of your gold and/or silver in physical form as this offers short-term protection should the worst case scenario of a dollar collapse occur. We don’t see this as likely, but it is as well to take out insurance just in case, and gold and silver offer the kind of insurance likely to grow in overall value anyway. As an asset class precious metals could well come back into investment favor should equities and bitcoin see another major downturn, which would be price supportive. As for the other major precious metals, platinum and palladium, these have to be looked at as industrial metals and although prices may be influenced by the gold price in particular, the key drivers are industrial supply and demand. Much depends here on the growth, or otherwise, in the autocatalyst markets. Short term prospects do look positive but ultra long term not so, as electric powered vehicles, which don’t need pgms, will continue to make inroads into both the light and heavy vehicle markets. The pgms should perhaps be viewed in a similar light to base metal commodities, but with a rather more limited supply chain which can have an exaggerated effect on price movements – as we have seen with palladium over the past year.

So what is the take-away from the above opinions? Invest in physical gold and silver for longer term stability, and hold at least some of this in readily available form. Prices may fluctuate but far less so than equities or bitcoin. Silver is more speculative than gold and has the potential to rise further and faster, but is perhaps more of a manipulated market so may be more dependent on the agendas of external big holders. Platinum and palladium prices are more closely related to the overall marketplace and should be viewed as industrial, rather than precious, metals. Ultra long term prospects don’t look positive but there are probably a good number of years yet before electric vehicles will significantly impact demand so pgms may well prove to be positive investments in the interim, but very dependent on the global automobile markets.
Posted in: Investing, Silver, Gold
By Lawrie Williams
More from this author
Did you like this post?
0
0
Search The Blog
Categories
Recent Posts