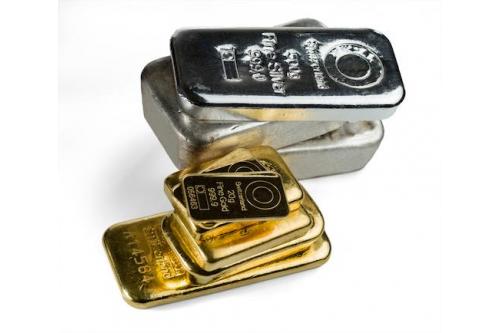 Australian geologists have proved that more than 80 percent of commercial gold deposits in the world were created as depressurizing earthquakes rapidly converted mineral-rich fluids into veins of gold, reported New Scientist.

Called flash vaporization, this process occurs three to 18 miles beneath the Earth’s crust. Here fluid-filled fault cavities are subject to extreme temperatures and pressure.  The fluids found at these depths are rich with dissolved substances like gold and silicate minerals.

When these deposits are located near fault lines, they’re prone to making a dramatic change in response to earthquake conditions. When these earthquakes create a dramatic drop in pressure, the fluid is dramatically forced to expand in a split second. In this flash expansion, it can grow as much as 130,000 times its former size. Trapped fluids expand to a very low-density vapor, which then deposits silica and gold-enriched quartz veins.

“The fluid cannot get from the surrounding rock into the hole fast enough to fill the void,” Richard Henley told New Scientist, “so the pressure drops from 3,000 times atmospheric pressure to pressures almost the same as those at Earth's surface in an instant. The nearby fluid flash-vaporizes as a result – and any minerals it contains are deposited as it does.”

Some minerals are dissolved over time but some minerals, such as gold, accumulate as earthquakes continue to provoke flash vaporization, sending precious metals to the surface and depositing them in flashes of vapor.

"Each event drops a little more gold," added Henley. "You can see it microscopically, tiny layer after a tiny layer. It just builds up."

The researchers Weatherley and Henley calculated that large earthquakes can deposit as much as 0.1 milligrams of gold along each square meter of a fault zone's surface in a fraction of a second. Over the course of many thousands of years, these deposits slowly start to add up. As an example, the researchers estimated that active faults can produce a 100-metric-ton deposit of gold in less than 100,000 years.