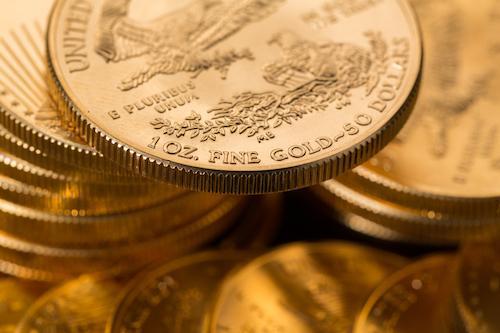 Earlier this fall, the United States Treasury Department issued a statement announcing the resignation of the 39th (and previously, the 34th) Director of the U.S. Mint, David J. Ryder.

Following his departure, the role of Acting Director of the Mint was filled by former Chief Administrative Officer at the Mint, Alison Doone, who is currently serving in the role.

Both Ryder’s exit from and Doone’s foray into the top job at the Mint were effective October 1, 2021.

The Mint is an institutional cog in the machine that is the U.S. economy. Established in 1792 with the passing of the U.S.’s first Coinage Act and responsible to this day for the production and issuance of all legal tender circulating coins in the nation, the U.S. Mint is an essential federal agency inextricably linked to the daily functioning of the United States.

On the heels of this significant leadership announcement, we felt it was the right time to dive deeper into the role of the U.S. Mint Director to take a look at the backgrounds of both the departing Director Ryder and the incoming Acting Director Doone, plus explore the history of the Director role and that of the U.S. Mint itself.

Ryder was nominated for the 39th Mint Director role by President Donald J. Trump in 2017 and confirmed by the U.S. Senate in late March 2018. Ryder had also previously served in the Mint Director job from September 1992 to November 1993, spanning the last months of George H.W. Bush’s presidential term and the first few months of Bill Clinton’s first presidential term.

During his second stint as Director, Ryder led the Mint team through the global COVID-19 pandemic, an incredibly disruptive time in which most, if not all, organizations across a wide swath of industries were severely impacted, if not outright decimated. Under Ryder’s leadership, the U.S. Mint weathered the storm of unprecedented temporary facility closures, product launch delays, supply shortages, and other disruptive events. In the Treasury’s statement about the October 2021 leadership change at the Mint, Ryder noted that throughout the pandemic, “the U.S. Mint has showcased American excellence.” He went on to note that “[n]ot only did the Mint meet its primary mission of producing circulating coinage, but it generated near-record revenue by introducing wildly popular numismatic products at a time in which many of its peers around the world ceased operations.” He sent a heartfelt thank you to members of the Mint staff “who work tirelessly” to ensure the Mint always meets its goals, concluding with his confidence that “with Alison serving as Acting Director, the Mint will continue to do just that.”

After his first term as U.S. Mint Director, Ryder went on to a robust tenure in corporate America, serving first as President of Secure Products Corporation for nearly 14 years and then as Global Business Development Manager at Honeywell for another almost ten years. Ryder would again be nominated for and serve as U.S. Mint Director following these private sector roles, a tenure he concluded in October 2021.

Alison Doone, who has now stepped into the role of Acting Mint Director following Ryder’s departure, also has a storied background in public service. Beginning in 1999, Doone served as Deputy Staff Director at the Federal Election Commission, a role she held for five years. After that, from 2004 to 2005, she served as Deputy Assistant Administrator for financial operations with the DEA, before moving on to be the Deputy Chief Financial Officer (CFO) and then CFO at the IRS from 2005 to 2010. Following those roles, Doone moved to the General Services Administration, where she was the CFO for that agency from 2010 to 2013. In 2013, she moved to the Department of Energy, serving as the agency’s Deputy and then acting CFO for nearly five years, followed by her time as CFO for the Office of Federal Student Aid in the Department of Education, a role in which she served until 2021. Doone transitioned to the Mint as Chief Administrative Officer in March of 2021, a mere seven months before becoming the organization's Acting Director.

Doone noted in the transition announcement from the Treasury Department that she is “excited to serve the U.S. Mint as Acting Director to help it continue its important work,” and that she looks forward “to working alongside the devoted Mint employees across the country and supporting our ongoing efforts to ensure that we are operating efficiently and producing quality products for the American people.”

The Role of Director of the United States Mint – Facts & History

The Mint Director is one of the oldest federal bureaucratic positions in the United States and has existed since the establishment of the United States Mint under the Coinage Act of 1792. The first person to serve as the official Director of the newly formed U.S. Mint was David Rittenhouse, a leading American scientist appointed by President George Washington. Rittenhouse served in the Director role from April 1792 until June 1795.

At the beginning of its existence, the Mint Director role was not subject to a specific term length, with the person serving in the position at the pleasure of the U.S. President. In 1873 with the passage of the nation’s fourth coinage act, details of the Mint Director role were revised to include a finite five-year term length, although an appointed and confirmed Director may serve multiple terms. The U.S. President still holds power to nominate a new Mint Director whenever the current term concludes, although the Director now requires Senate approval, in addition to the presidential nomination. Whenever there is no Mint Director currently serving – for example, if the U.S. President has not put forth a new Director upon the expiration of the previous Director’s term, or the Senate has not yet approved a President's appointee – the non-political senior career official of the U.S. Mint steps in as Acting Director. Since October 1, 2021, the role of Acting Director has been filled by Alison Doone.

Before Ryder's tenure as the 39th Director, the Mint operated without an official leader since the resignation of Ed Moy in 2011 (fun fact: the United States Gold Bureau has an exclusive partnership with Ed Moy to create one-of-a-kind hand-signed labels that accompany each Proof 70 investment-grade coin sold by the company to our investors!).

Moy was succeeded by Richard A. Peterson, who served as Acting Director from January 2011 until March 2017. In July of 2015, Matthew Rhett Jeppson was nominated by President Obama to serve as the Mint’s 39th Director after Moy's resignation. While his nomination awaited Senate approval, Jeppson was given the temporary title of Principal Deputy Director. It would later turn out, however, that the Senate would never confirm Jeppson's appointment. Jeppson stepped down from his temporary role as Principal Deputy Director in January 2017.

David J. Ryder was nominated in October 2017 by President Trump for the official role as 39th Director of the Mint and would go on to be approved by the Senate early the following year.

The Mint's longest-serving leader was Nellie Ross, who served as the 28th and the first female Director of the U.S. Mint. Additionally, Ross had formerly gained the title of first female governor of any U.S. state, serving at the helm of the state of Wyoming from 1925 to 1927. To this day, she is still the only woman to have served as that state's governor!

Apart from the Director role, the U.S. Mint became the first federal agency to employ women generally. In 1795, the organization hired Sarah Waldrake and Rachael Summers to serve as adjusters, making them the first female agency employees of the United States federal government!

Being the leader of the United States Mint, the Mint Director oversees a nationwide staff of nearly 1,700 people spread out across four operational facilities, all located in different states and the organization's headquarters in Washington, DC, and the U.S. Bullion Depository at Fort Knox. The team at the U.S. Mint is responsible for a variety of tasks and endeavors ranging from securing assets entrusted to and held by the Mint to designing, manufacturing, and issuing the nation’s circulating coins and precious metal bullion, investment-grade and collectible coins. Additionally, the Mint team is responsible for producing and distributing the nation’s commemorative medals.

The United States Mint was established as a federal agency under the first Coinage Act of the United States. Passed on April 2, 1792, the Coinage Act of 1792 laid the “foundation for modern U.S. currency,” establishing the dollar as the nation’s standard unit of monetary measure, stipulating parameters for the design and production of U.S. coinage, and of course, instituting the U.S. Mint, which would be responsible for producing and distributing the new nation’s money from the centralized federal level.

The nation’s first Coinage Act was passed in 1792, shortly after the U.S. Constitution was ratified in 1788, replacing the former Articles of Confederation as the nation’s governing document. After the passage of this first Coinage Act, Congress decided that Philadelphia – then the nation’s capital – would serve as the inaugural site of the newly formed U.S. Mint. David Rittenhouse, who President George Washington had recently appointed as the Mint's first Director, set out to erect the Mint building. He purchased two real estate lots at 7th and Arch Streets in Philadelphia, where he planned for the three-story building that would house the U.S. Mint to be built. Once finished, the first Mint building was the tallest in Philadelphia at the time, in addition to being the first federal building ever constructed under the governance of the U.S. Constitution.

The first of these circulating coins were delivered in March of 1793, a mere 11 months after passage of the Coinage Act that called for the coins to be made and the Mint itself to be established! The Mint has been producing and issuing United States legal tender coinage to the American populace ever since.

The United States Mint is one of the oldest and perhaps one of the most storied institutions in our federal government. With its production facilities and other locations spread out across the nation, its large staff, and its many functions, the Mint has no shortage of interesting facts and history to explore. What’s more, its lineage of impressive Directors – not to mention its multiple instances of supporting women in its ranks – makes the institution all the more compelling. We wish new Acting Director Doone much luck in her endeavors and look forward to celebrating the unfolding story of this historical organization!

Posted in: Investing, History, Silver, Gold, Platinum, Palladium, Market Alerts
By United States Gold Bureau
Did you like this post?
0
0
Search The Blog
Categories
Recent Posts
My Wish List
Last Added Items
Go to Wish List
You have no items in your wish list.