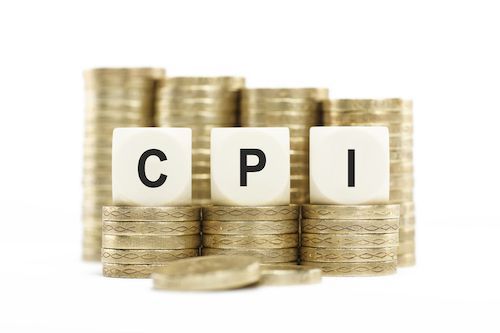 The CPI numbers for August 2022 came in at 8.3% Y/Y, with core CPI up 6.3% since last year. Meanwhile, the PPI for August 2022 came in at 8.7% Y/Y, with the core PPI up 7.3% since last year. What does this all mean for us, retirees, and precious metals? Today we will take a hard look at it and do some number crunching. While the White House was celebrating the news, Wall Street was crying uncle. Multiple networks captured this paradox on live television, as President Biden lauded the passage of the Inflation Reduction Act, while simultaneously scrolling below was the loss of (-) 4.01% on the DOW due to the release of high inflation numbers. While progress has been made in some areas, such as fuel cost, other sectors of the economy are showing signs of continued inflationary pressures. Precious metals took the news in stride, currently higher than a week ago.

There is a tool embedded into this online article at the Wall Street Journal that allows you to determine your personal inflation rate by indicating what goods and services you purchase on a regular basis a review, CPI is short for Consumer Price Index, and is a measurement of the average rate of increase consumers experience when they purchase goods and services. Last night, I plugged in our data and discovered a “personal CPI” of 17%, more than double the official CPI. PPI is short for Producer Price Index and measures the increase in costs experienced by the manufacturer or producer of goods and services being offered to the public. CPI is related to current inflation, while PPI indicates what future inflation might look like as goods are produced and sold to the public.

Inflation is high now and will likely exceed the Federal Reserve target of 2% for an extended time. Core inflation was higher last year than the year before, is higher this month than for the quarter so far, higher this quarter than the last quarter, and higher in the second half of this year than the first half of the year. A three-year trend of higher core inflation is at risk of continuing unless we have more unemployment (without expanded unemployment benefits). While Treasury Secretary Janet Yellen says, there are currently two job openings for every person looking for work, 50% of companies polled have announced layoffs, including Goldman Sachs. Some economists believe the current unemployment rate of 3.5% needs to grow to 6.5% before we see the inflationary pressures ease back down to the 2.0% target rate.

As officials and statisticians push the buttons and turn the dials trying to slow down the economy and lower inflation, it is nearly impossible to avoid going through a period of stagflation. Stagflation is a period of slowing economic growth accompanied by high inflation. Inflation four times higher than the target rate (as currently) is high by any definition. Unless they fail in their stated goal of “demand destruction”, stagflation is certain. This is important to understand because stocks, bonds, and real estate tend to suffer during stagflation, while precious metals tend to shine. We see the beginning stages of this already happening, with the metals among the best performers YTD. This phenomenon will become more pronounced as the recession deepens.

What does all this inflation mean for the average American, for retirees, and for the owners of precious metals? Average Americans have been experiencing negative real wage growth for the last 1.5 years. While wage rates have increased for many, higher inflation rates have reduced their purchasing power for every hour worked. This is similar to having negative real interest rates, when interest rates rise, but are still lower than the rate of inflation. A 4% rise in wages combined with an inflation rate of 8%, means we are earning more dollars, but have less purchasing power than before. While this is not an enviable position to be in, it is better than having no raise at all, or living in a country with higher inflation rates. Washington Post economic columnist Heather Long recently shared a Tweet explaining why inflation is challenging even with lower gas prices (see graphic).

For retirees, it means partial relief is probably on it’s way. The COLA (cost of living allowance) for 2023 will be determined in 2 weeks, and officially announced by the middle of October. But 2 of 3 months worth of data are already known. Based on the current rate of inflation and how the COLA is calculated, we would have an increase of 8.75% added to monthly social security benefits beginning in January. But all hinges on what happens this month (September), in terms of inflation. If inflation drops massively for September (not likely), or increases significantly over August (possible, but not probable), we could see the COLA come in likely between 8.5-8.9%. There are a plethora of articles discussing COLA’s of 10 or 11%, but that is an overblown estimate in my view. Not impossible, but highly unlikely with current formulas.

From 1975-81, during the first inflationary/stagflationary period when COLA’s were used, COLA averaged 8.89% each year; close to what we expect for 2023. But as we pointed out in October, gold and silver did much better over the same time period. While COLA was averaging 8.89% per year due to high inflation, silver was averaging 19.57% per year, and gold averaged 26.4% per year. Widening our view to include all years since COLA began in 1975, COLA averaged 3.68% per year, vs 7.18% for gold, or 12.45% for silver, 1975-2022. This shows us that both silver and gold offer better inflation protection than COLA over time, and especially during times of high inflation and stagflation.

What it All Means

While COLA’s can provide some protection to current and future retirees in terms of income, it sometimes comes at great cost to their assets. Periods of high inflation can wreak havoc on traditional investment portfolios, as can be seen so far this year. So it is important to consider making precious metals part of your overall financial picture. Especially in light of your “personal CPI”, as explained in the 2nd paragraph of this article, which might be twice as high as the official CPI that COLA is based on. Thankfully, gold and silver can help close the gap between your personal CPI, and your future spending needs. Also consider diversifying your precious metals portfolio with platinum and palladium, and other investment grade products that tend to do well when bullion struggles.