Friendly Challenges to the Dollar 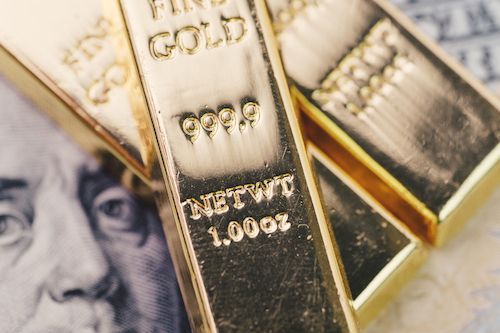 Friendly Challenges to the Dollar

The challenges for the dollar seem to keep coming. We have talked before about alternative currency trading systems, the reverse effects of sanctions on Russia, and bootleg oil traded outside the realm of the dollar, among those considered opponents to the United States and the dollar-centric financial order. But now, competing interests are also among those considered financial allies and those with which we have traditionally had a military relationship. Today we will discuss developments among those considered friends of the United States, pursuing various non-dollar trading mechanisms not out of animosity but out of convenience. We will finish today with a discussion about how this combination of international and domestic policies impacts inflation here at home and the implication for precious metals prices moving forward.

Bloomberg recently reported on a new dollar-less transaction solution implemented between the five largest economies across Southeast Asia. The central banks of the Philippines, Singapore, Malaysia, Thailand, and Indonesia are developing a QR code trading system whereby individuals can buy and sell goods across the region by simply scanning the code into their phones. “Payments made through the system will use local-currency settlements between the countries, meaning payments transacted in Thailand using an Indonesian app would be directly exchanged between rupiah and baht, bypassing the need for U.S. dollar as an intermediary.” According to the Managing Director of the Singaporean Monetary Authority Ravi Menon, these solutions can be used to link additional regions together worldwide, with bank transactions happening in real-time across international borders without using dollars.

This comes as Russia and China begin to finalize the creation of a new reserve currency for members of the BRICS nations. Unlike the “G-7” or the “G-20” group of exclusive nations in the West, the BRICS partners claim they are building a more inclusive network that seeks to expand, not limit, the number of member nations able to have a voice and seat at the table. Though it remains to be seen how that inclusiveness plays out in real life, it nevertheless opens the door to nations currently connected to SWIFT and other Western-based trading mechanisms and provides another option besides using dollars.

The impact of non-dollar trading mechanisms developing worldwide, whether for convenience or more sinister motives, can lead to inflationary pressures inside the United States. By some estimates, up to 75% of dollars in circulation today are being held overseas. When these dollars are deemed unnecessary to conduct trade or hold as reserves, their value will likely fall, and many of these dollars will make their way back to the United States. Anytime you increase the supply of something, it tends to reduce the perceived value unless there is an equal increase in demand. When the United States begins to be flooded with unwanted dollars from overseas, the cost to the average American for every item imported from abroad will rise out of necessity.

The other side of the dollar-strength coin is related to the domestic economy of the United States. When we exhibit economic strength domestically, it tends to support the value of the dollar both home and abroad. But domestic challenges exist, and the world will be watching this week as various financial metrics are announced publicly. This will be a busy week for those monitoring the economic conditions here in the United States. Consumer confidence numbers will be updated on Tuesday, the Federal Reserve will announce new interest rates on Wednesday, 2nd quarter economic growth (preliminary) numbers will be out on Thursday, and the latest CPI numbers will be discussed Friday. The consensus on Wall Street and in Washington is that this will be a week of difficult news for average Americans.

We have previously discussed how the definition of inflation has been modified over time, such that the current method of calculating inflation provides a number approximately half of what it is when using the 1980 calculation method. There are indications that a similar tactic is currently being attempted to redefine what “recession” means. Traditionally, 2 quarters of negative growth has been a classic definition of recession. Recessions are not officially acknowledged until at least six months after a recession starts. Possibly due to advanced knowledge of the growth numbers due out this week, the White House released a memo stating that two-quarters of negative growth does not necessarily indicate a recession. It does not affirm what does indicate a recession but suggests that we are not in a recession, regardless of reported negative growth figures that may or may not occur this week.

Putting it All Together

Nearly all of these considerations indirectly correlate to precious metals prices here in the United States, either immediately or eventually. Aside from blogs like this one, it might be difficult to draw the connections between international challenges to the dollar, domestic challenges to the economy, and the corresponding impacts on interest rate policy and the price of gold. But connecting these dots can provide essential clues as to what we expect to see in the days ahead and are worth attention.

For example, the treasury bond yield curve is at a similar place as it was four other times since 2000. The ratio of yield between the 30-yr yield and the 10-yr yield is in the same place today as it was on August 1, 2000, May 1, 2006, October 1, 2008, and September 3, 2018 (see chart). In each of these periods, gold rallied higher from there. Regardless of what the numbers about the economy reveal this week, the stage is set for further reductions in dollar usage overseas and the increased importance of owning gold as a reserve asset. What is important for Central Banks worldwide is equally essential for average Americans nationwide.