Beware the Bounces in Equities and Bitcoin. Trust in Gold. 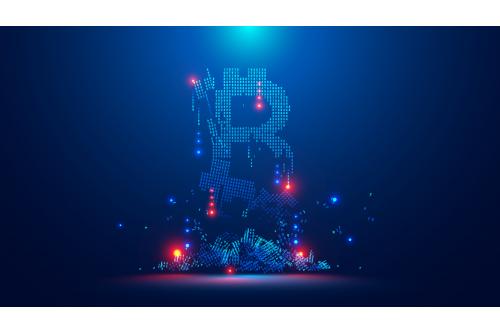 Beware the Bounces in Equities and Bitcoin. Trust in Gold.

Stock Market
The big decline in equities market and even bigger crash in bitcoin, may seem to have been halted in its tracks - at least temporarily - but caveat emptor – buyer beware. Mega crashes can see bounces of this nature which suck buyers back in, only for the downturns to re-appear – sometimes even bigger than the initial crashes. We’re not saying this will definitely happen, but the bargain hunter coming back into the market now could have his/her fingers burnt, and should proceed cautiously. So-called safe haven investments like gold have been hit by the equities upturn,and subsequent fall, but this has by no means been a crash like that in the Dow, S&P and European markets. The latter have fallen again sharply again after a one-day initial recovery and it will be interesting to see if this perhaps more pessimistic approach to the apparent price bounce will be continued. Gold has been marked down too. There is a tendency to liquidate good steady assets like gold rather than equities in the hope that the latter will see a quick pick-up. After all gold has only dropped less than 2% whereas U.S. equities have fallen around 9% so far and there’s every prospect of the Dow falling further and faster, with the occasional recovery blip. In reality, in our opinion, investors should be taking their profits in equities and moving into safer assets like gold to ride out whatever may be ahead. If equities do make a sustainable recovery one can buy back in, but meantime an asset like gold should act as a wealth preserver. It may fall, but in percentage terms, as we have seen, equities could fall far faster and further if the downturn continues. Many well qualified analysts and commentators have been predicting a mega-crash in equities. If you are caught in such then any built-up wealth will be in severe jeopardy. Better safe than sorry! And as for bitcoin, this has seen something of a recovery too and, again in our opinion, the bitcoin price is even more vulnerable to a further serious downturn than the equity markets. We’ve been predicting a severe downturn for some time. and we suspect the vulnerability here could see it fall to under $5,000 – or even to considerably less erasing all its gains of the past year. It has been shown to be extremely volatile on the way up. It could be equally volatile on the way down. And as for all the other cryptocurrencies which have been springing up their volatility on the downward track could be even more severe. I would remind investors of gold’s performance in 2008/9 during the last big equities crash. It did indeed fall initially as investors and institutions sold the precious metal to help preserve liquidity as, in some cases, the only asset for which they could get what seemed to be a fair price. Equities were being marked down by the minute. Those who bought equities on the margin were being slaughtered financially. Gold was the first major asset to come right and didn’t fall nearly as much as equities (it lost around 18% at its nadir, but had recovered from all its losses in about 6 months and went on to climb to new heights in the next couple of years. But equities, as represented by the Dow, fell around 50% and took over 5 years to recover all their crash losses. True they also went on to new heights but took yet another 5 years to do so!). We’re not saying this will occur again, but it certainly could and historical lessons should be learned. All serious equity crashes have tended to be more severe than those caught up in them have tended to realise and all have seen false recoveries which have seen investors climb back in thinking the end to the fall had come about – only to lose their shirts in a recurring downturn. So what is the moral here? Gold may not be immune to being brought down in a mega-equities crash, but does not tend to fall by nearly as much and recovers far, far faster. If you’re going to put your trust in anything, trust in gold. Call (800)775-3504 or visit /
Posted in: Investing Gold
by Lawrie Williams
Did you like this post?
0