Gold Investors Consider These When Building a Precious Metals Portfolio 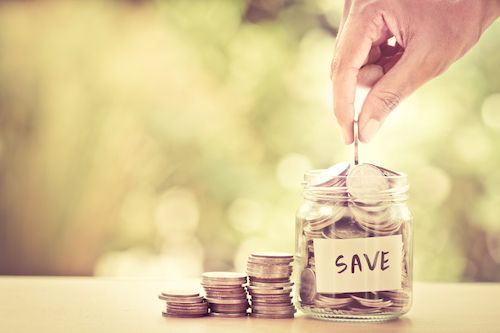 Gold Investors Consider These When Building a Precious Metals Portfolio

Individuals looking to become gold investors are often encouraged to buy, but less often advised how to approach the process of investing wisely. Those who have held precious metals for some time understand that there are basic principles. It is a smart idea to adhere to these principals as it is something discussed by experts from time to time, although it rarely gets the media coverage it deserves. Today, we want to take a closer look at investing in gold and, more importantly, doing it in such a way that a beginning investor can get the right start. We will discuss the tips that those just getting started with gold need to know most, in no particular order, to help them make the most of their new portfolios.

For starters, gold investors who simply purchase gold and take it home with them are not always making the best choice. Consider the fact that in times of crisis, governments or other groups of people in power, will typically declare precious metals held by either their own citizens or the segment of the population they consider to be in opposition to their power, to be contraband. Once investing in gold becomes illegal, there is little the average person can do to convert their holdings into needed resources such as food, water, shelter or weapons to defend themselves with. Such situations have occurred in history. Examples include Russia in 1917; the United States in 1933; 1930's Germany under Nazi rule; 1970's dictator-controlled Cambodia, as well as Vietnam; Yugoslavia during the 1990's; Argentina in 2001; and Zimbabwe after the 2008 elections. During each of these times at each of these places, those who held gold had trouble liquidating and sometimes faced severe penalties for stashing it in their homes.

Another tip is to avoid storing gold in banks which may desire using it to fund their own enterprises. A smarter solution is a commercial storage vault that is fully insured. Typically, the rate you are charged by a commercial storage vault for storing your gold will be far less than what a bank would require. You would also be wise to choose a facility that undergoes periodic audits from an independent auditing service. You want a qualified assayer looking over the bullion and ownership records to make sure greed has not led to theft in your choice of storage facilities. Additional security can often come from holding your gold overseas so that if a crisis develops, you can travel to that location and physically retrieve your gold. It can take some time to identify the right nation, but the resulting peace of mind is often worth the effort.

You want to be able to sell your gold 24 hours a day, 7 days a week. Gold markets are not like stock markets; yellow metal trades constantly. If you ever plan to sell some of your holdings, you need to be able to do so at any time.

Finally, those just starting to hold gold should think about how they would respond to a major crisis. You need to know if you can go and withdraw your gold to sell quickly or if you can request it sold and have cash sent to you. Explore your options and pay careful attention to any limitations on how you can buy and sell gold with any commercial vault. Doing this is a good foundation for investing in gold with total confidence.

Posted in: Investing Silver Gold Platinum Palladium
by United States Gold Bureau
Did you like this post?
0